Season of Dawn is finally here and Bungie has brought new weapons for guardians to collect.  This guide will show you how to get the Komodo-4FR Linear Fusion Rifle Crucible Ritual weapon in Destiny 2. 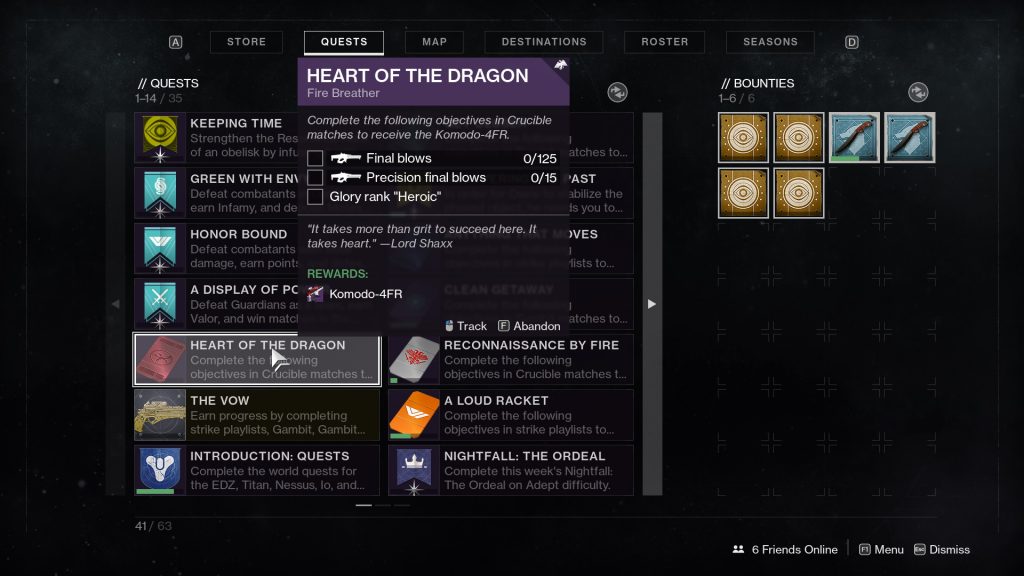 A new season means new ritual weapons as your reward for taking on a special quest. Once you’ve loaded into the Tower for Season of Dawn, make your way to Lord Shaxx to pick up the Heart of the Dragon quest.

The requirements for the Heart of the Dragon are as follows:

The Komodo-4FR Linear Fusion Rifle deals solar damage and can come with these perks:

The Komodo-4FR will be an amazing addition to your already stocked arsenal. Check out our Destiny 2 archives for even more guides.

My Bowfriend’s Back Medal – Destiny 2

One For Each of You Medal – Destiny 2

How to Reset Valor – Destiny 2