The Keep Out raid challenge is one of Destiny 2’s most intense bounties. Players will need to bring their fighting skills and be able to handle the Last Wish’s most powerful combatants. Before attempting the Keep Out challenge, it’s a good idea to have a battle plan, as this one is easy to fail. 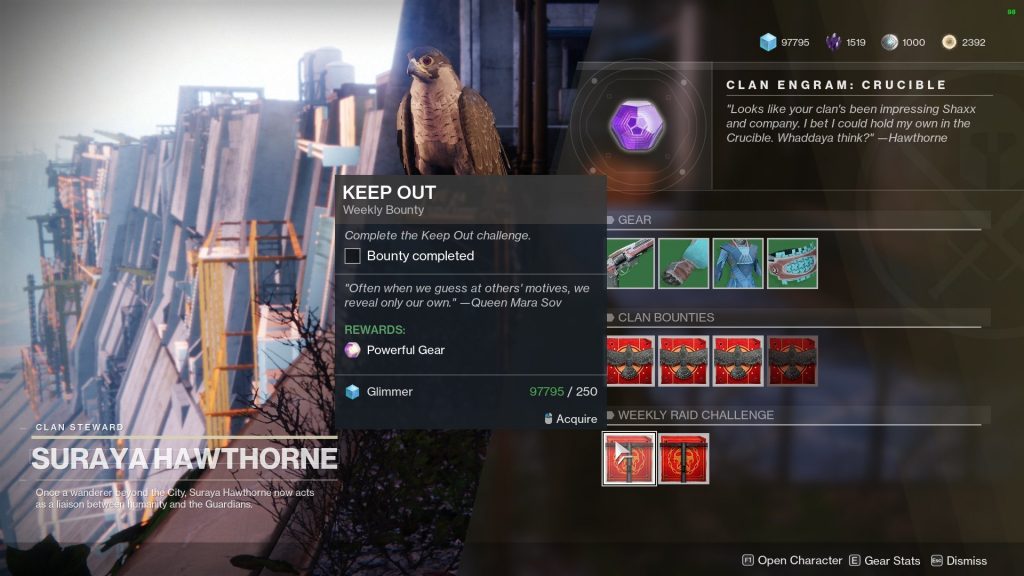 To complete the Keep Out raid challenge in Destiny 2, you must ensure that no Might of Riven knights make it into the center chamber during the Vault fight. This means, these knights must be killed before they pass through the black Taken barriers that appear at the start of each round.

This is obviously difficult, as the barriers prevent you from enter the little side areas where the knights spawn. However, the trick to finishing this raid bounty is that players will need to be on the other side of the barrier before they appear.

Assign three players an area (tree, ball, or rock) and as the carrier is about to pick up the buff, each of these players runs into their room. If the knight spawns in someone’s room, they must do everything in their power to kill it.

To actually begin the Vault with this challenge in mind, have three players read out the symbols. Once the symbols have been read, the players can head into their side rooms. At this point, the fight will proceed as standard. The only time players will need to leave their rooms is at the start of each section to call out the symbols again.

Completing the Keep Out challenge also requires players deal a lot of damage. The Might of Riven knights are exceptionally tough, dealing a lot of damage while also having a lot of health. Anyone who is assigned a side room should equip a one-and-done Super, like Nova Bomb, Fist of Havoc, or Blade Barrage.

In terms of what weapons to use, anything that deals high burst damage is ideal:

Even a weapon like the Tractor Cannon is useful during this fight. Because it suppresses the knight, it won’t run toward the center, giving you more time to kill it. Furthermore, you’ll be dealing more damage against it and it will be pushed back by the blast!

Completing the Keep Out raid challenge is going to take a few attempts. The Might of Riven knights can be difficult to kill as they beeline straight for the Taken barrier. However, if you do manage to complete Destiny 2’s Keep Out challenge, you’ll be rewarded with some powerful gear!