The Festival of the Lost has begun in Destiny 2 and has brought a new dungeon with it. This new activity has Guardians clamoring to uncover all the secrets they can while traversing the depths of the Moon. This guide will show you how to start the Pit of Heresy Dungeon in Destiny 2. 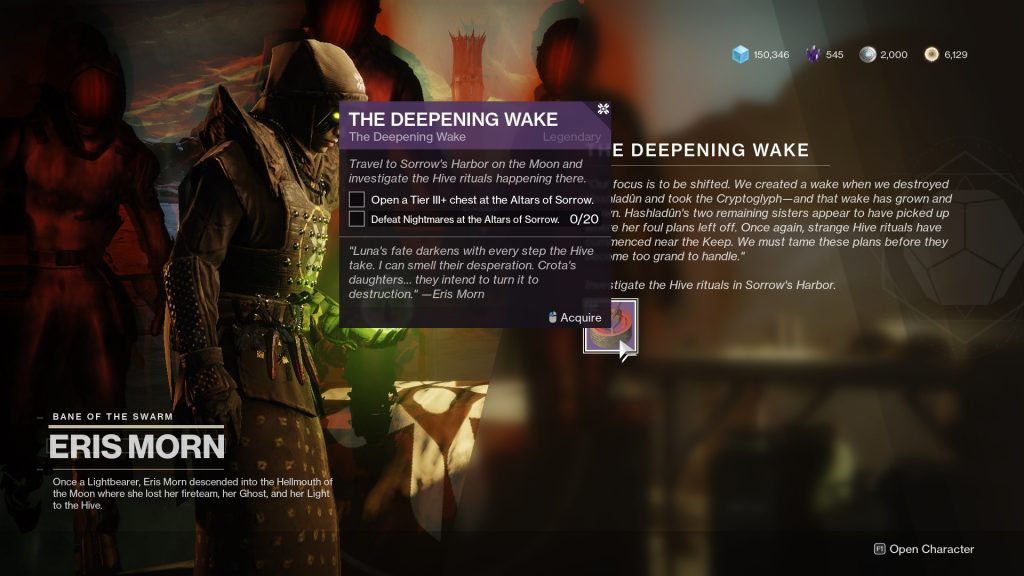 The first dungeon in Destiny 2 was introduced in the Dreaming City and was called the Shattered Throne. This three-person player activity allowed players to explore a region of the Dreaming City while encountering a significant challenge. Dungeons are longer than a Strike, but reward players with more powerful loot. Several mechanics may be involved throughout the dungeon.

The begin the steps for the Pit of Heresy, players will need to pay a visit to Eris Morn on the Moon in Sanctuary. Players will pick up a quest called The Deepening Awake that will require players to travel to Sorrow’s Keep and partake in a new Public Event called Altars of Sorrows.

During the Altar of Sorrows, players will be met with several waves of Nightmare Hive that must be defeated before they escape into a portal. Killing the Nightmare Boss will add time to the event. To complete the Deepening Awake, players will need to open a Tier III+ chest at Altar of Sorrows and defeat 20 Nightmares. Since this is a Public Event, other Guardians will be joining on the fight to make it a breeze. Head back to Eris Morn once you complete this quest.

What is Unstable Essence in Destiny 2: Shadowkeep?