A new exotic quest line will lead you to the most powerful bow in Destiny 2. This guide will show you how to get the Leviathan’s Breath Exotic Heavy Combat Bow. 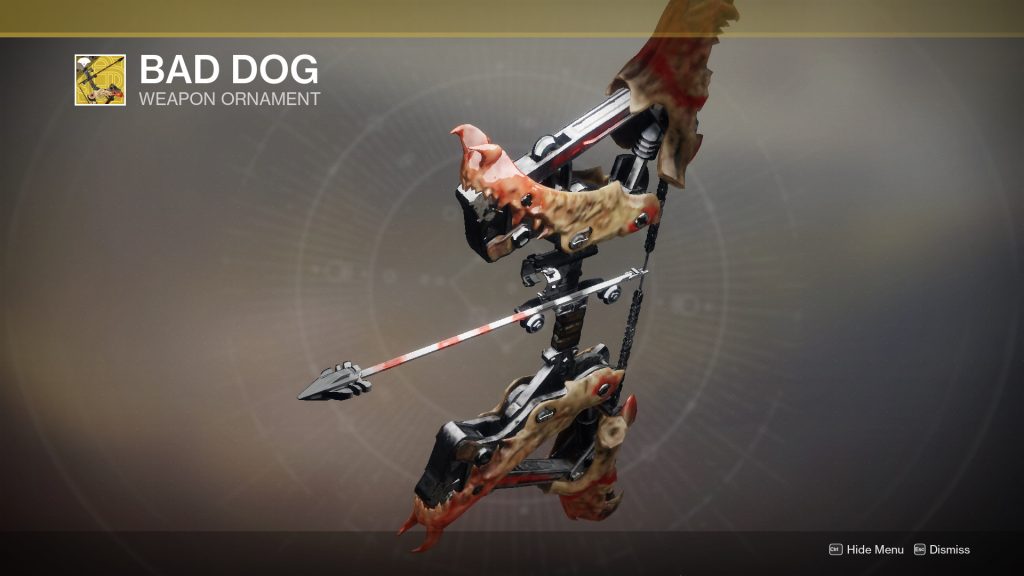 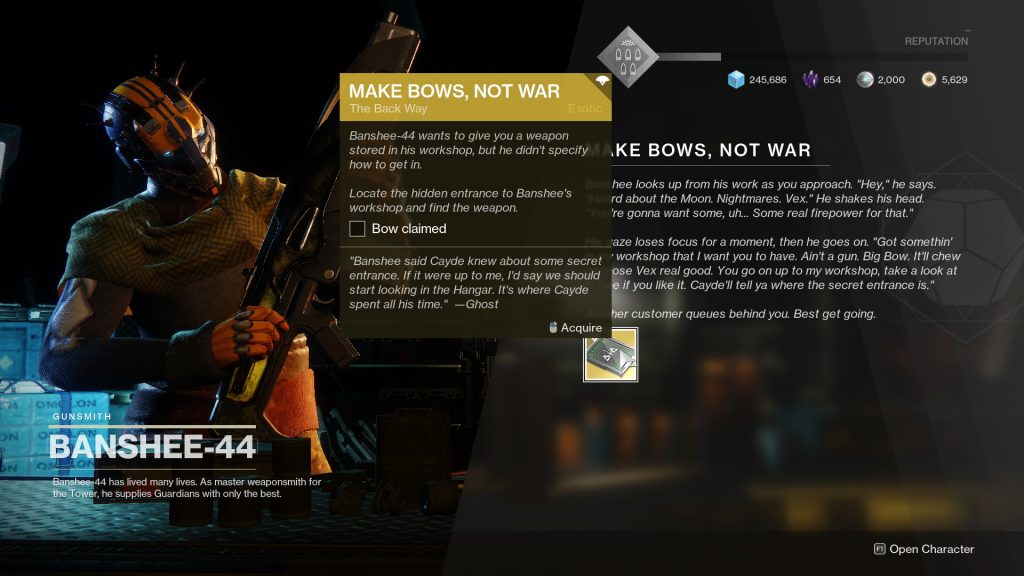 Once you load into the Tower, make your way to Banshee-44 and pick up the Make Bows, Not War exotic quest. The first step is to find Banshee’s secret workshop, which can be accessed through the Hanger, where the secret Daito room is located. The Leviathan’s Breath will be locked behind a cage. Check out our guide on how to reach Banshee-44’s secret workshop. Now get ready to do some Nightfalls or Gambit Prime. 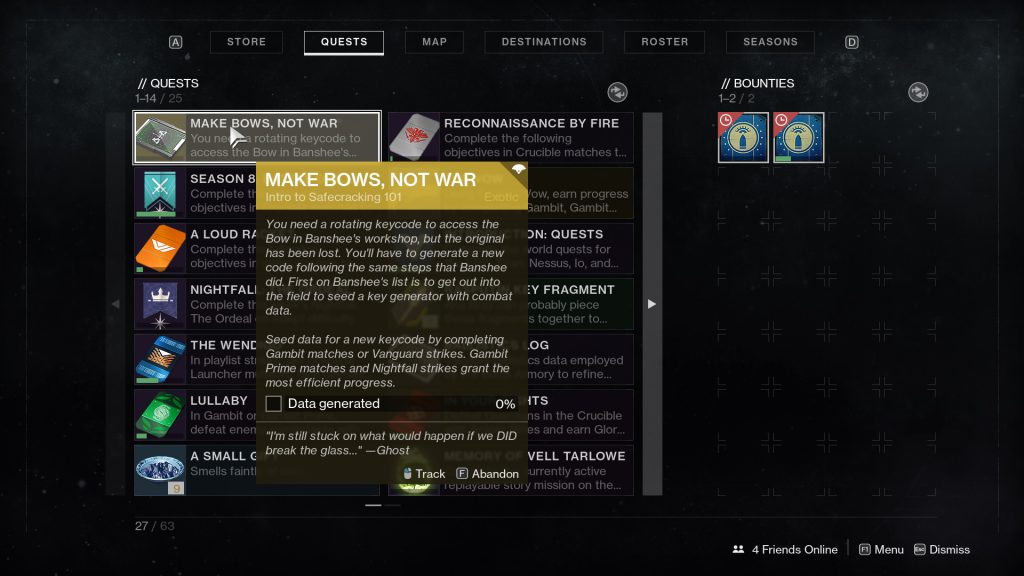 Now that you know where the Heavy Bow is located, you will next need to generate a key with some combat data. To generate the key, you will need to complete Gambit matches or Strikes to gain progress. Nightfall Strikes and Gambit Prime matches will generate an increased amount of progress.

The quickest way to do this is to jump into the 750 Power Nightfall: The Ordeal Strikes. Once, you’ve completed two Nightfall’s, you are good to go. 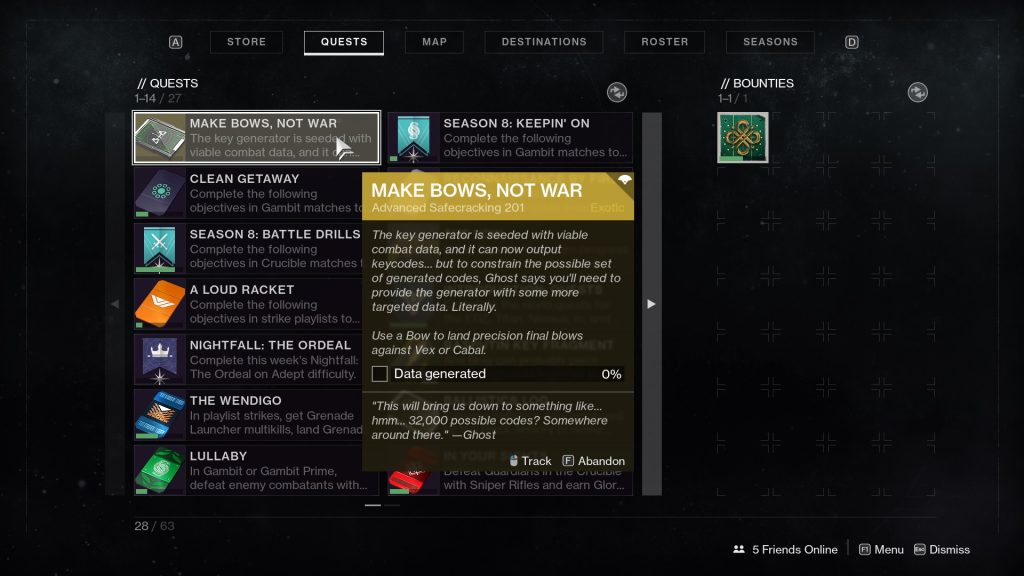 The next step to get the Leviathan’s Breath is getting precision final blows with a bow against Cabal or Vex enemies. You’ll have plenty of places to choose from like Trostland in the EDZ, Vex Offenses on the Moon, or paying a visit to Mercury.

Cabal will be the easier of two since they don’t protect their crit spots when being attacked. After getting about 100 kills, it’s on to the final step of the quest. 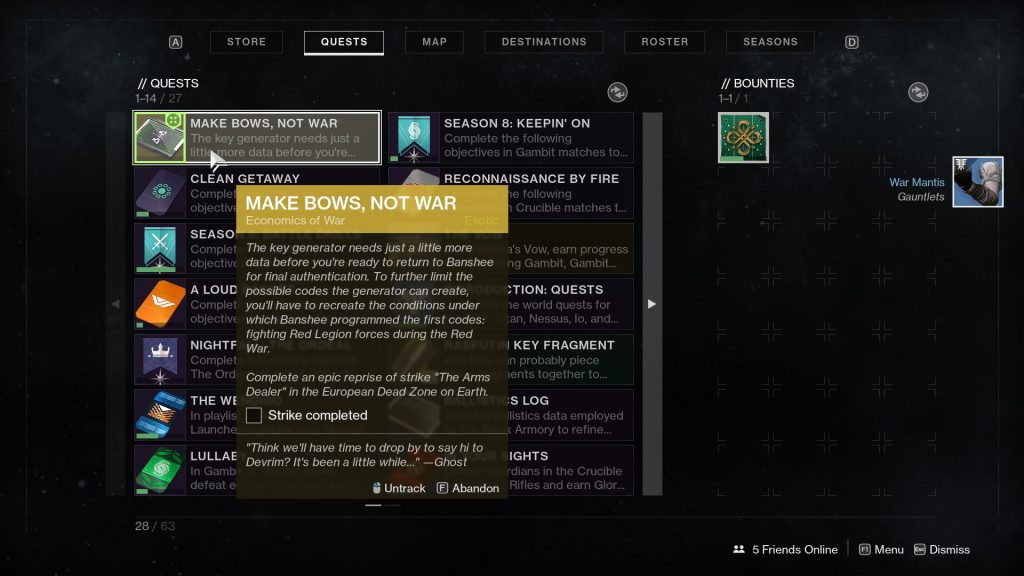 Next, you will need to jump into an epic reprisal of The Arms Dealer Strike. This version of the Strike can be found by accessing the EDZ map and interacting with it. It will be 900 Power, and it be quite tricky when you get to the boss. The epic version of the boss fight is probably one of the most frustrating battles you’ll encounter. Besides overloading the boss’ shield, you will also have to dodge missiles that will be raining down from the sky.

Once you have completed this Strike, head back to the Tower and talk to Banshee-44 to claim your prize. The Leviathan’s Breath is by far one of the cooler Exotic Heavy Weapons in Destiny 2, and the ornament Tess has for sale is pretty cool looking as well.

Check out our Destiny 2 archives for even more guides and news.

What Are Barrier Champions in Destiny 2?