The Twilight Gap holds the key to getting the Devil's Ruin. Expect this adventure to be short.

A new weekly reset has finally brought the long-awaited exotic quest in Season of Dawn. Bungie has a great surprise for those at the end of this one. This guide will show you how to get the Devil’s Ruin exotic sidearm in Destiny 2.

How to Get The Devil’s Ruin 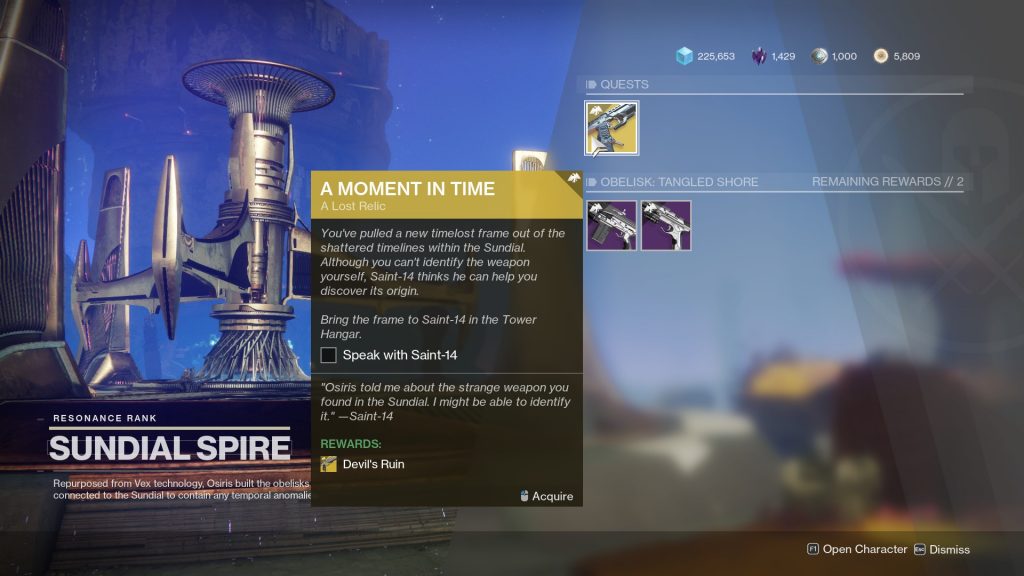 If one weapon in Destiny 2 doesn’t get a lot of love, it’s the sidearm. I’ve never been a big fan of them, but that could change with the new exotic quest that is available. Once you log in, you will get a notice on how to begin The Devil’s Ruin quest.

A Moment in Time – A Lost Relic 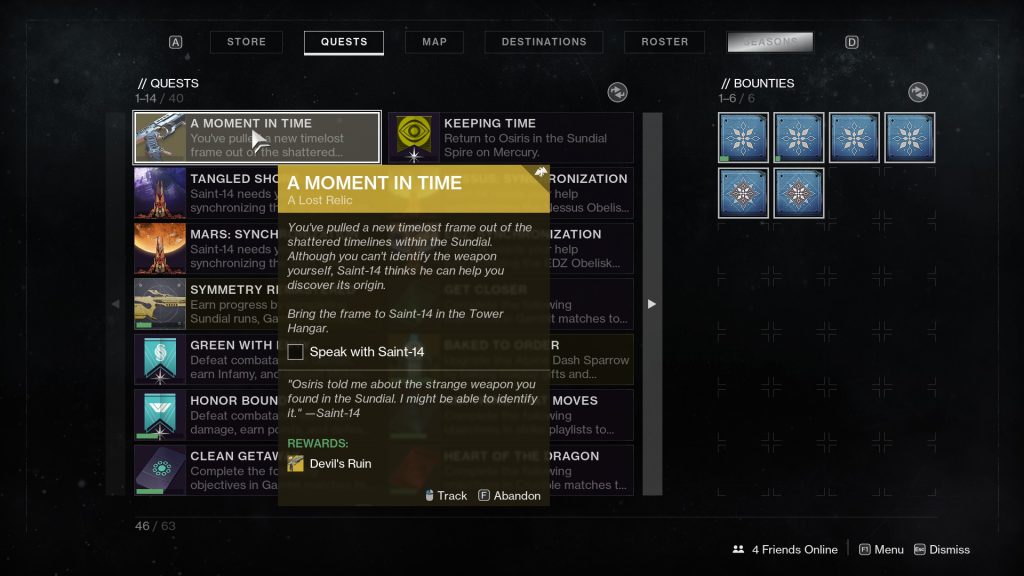 A prompt will direct you to the Sundial on Mercury to defeat enemy champions. Once you have finished a Sundial run, interact with the console to pick up the next step A Lost Relic. Don’t forget to also pick out your normal reward as well. You will need to head to The Tower and pay Saint-14 a visit in the Hanger. After speaking with Saint-14, he will send you out to the Twilight Gap Crucible map on a scavenger hunt.

A Tour Through History 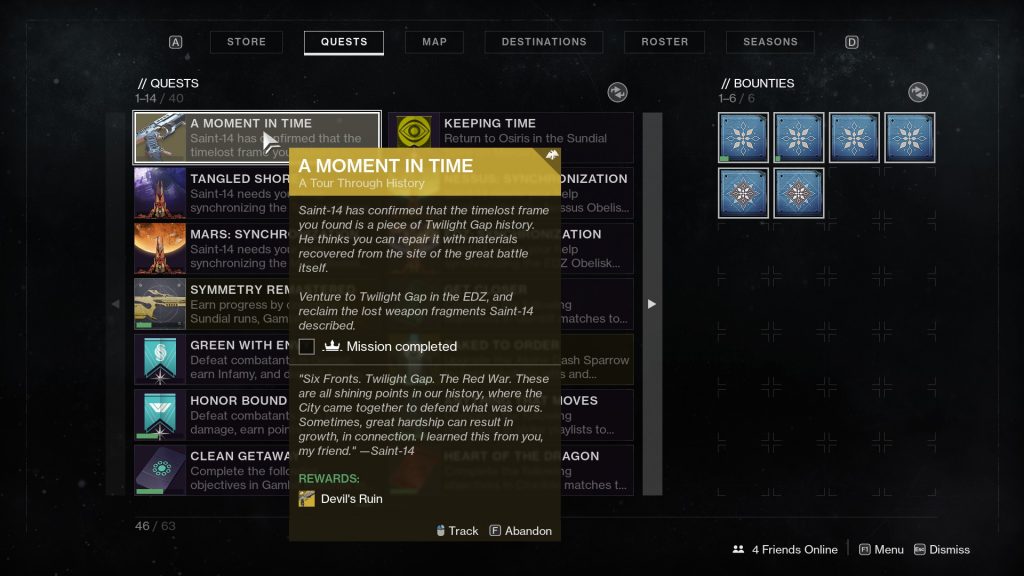 Open up the Director, select Earth, and then the Parts Long Lost mission node in the EDZ. Upon landing at Twilight Gap, you will need to find 10 Crucible robots that are scattered throughout the area. Twilight Gap is not a very big map and the robots are easy to find.

After finding all 10 Crucible robots you will receive The Devil’s Ruin. Osiris, Shaxx, and Saint-14 will talk about the good old days once the quest is over, so don’t leave just yet. This conversation between the three guardians is probably the best thing to come out of the whole exotic quest. I was expecting more steps to follow, but this is it. I would have loved to see them bring back The Devil’s Lair Strike for the Devil’s Ruin quest. 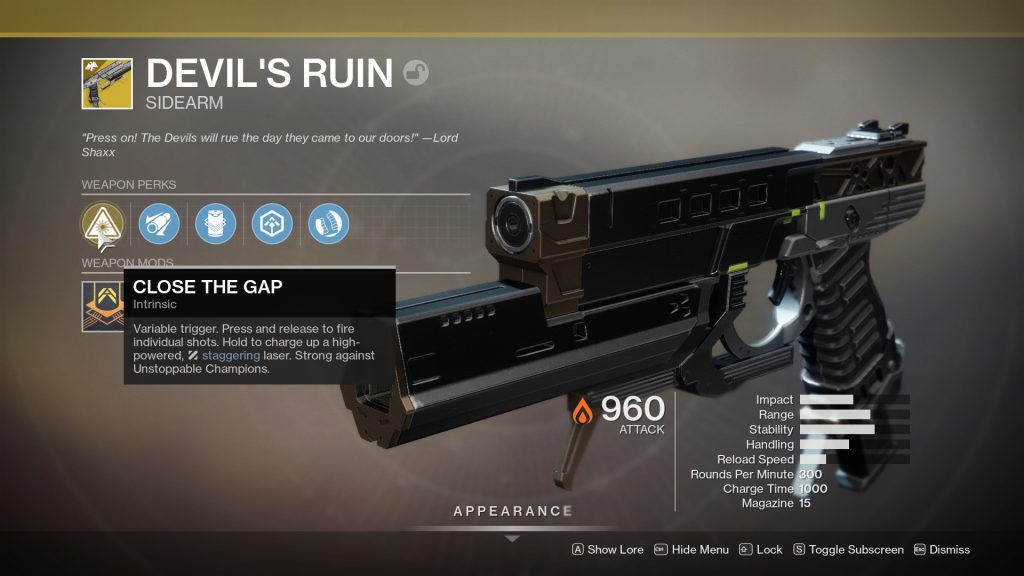 The exotic sidearm will fit into your Energy Slot, requires Primary Ammo, and does Solar damage. The perks are listed below.

Now that you have your new exotic weapon, it’s time to put it to good use. The Devil’s Ruin will come in handy when you’re going after The Buzzard. Make sure to check out even more guides in our Destiny 2 archives.