The Black Armory has been around in Destiny 2 for about a year now. Secrets of the lost forges have been solved and Ada-1 has come around on her views of the Vanguard and Guardians in general. Those new or returning players who have yet to experience the full Season of the Forge content have a lot to look forward to. One particular quest allows players to earn an Exotic Sniper Rifle called Izanagi’s Burden. This guide will show you how to get an Obsidian Crystal in Destiny 2, which is crucial for Izanagi’s Burden.

How to get Obsidian Crystal 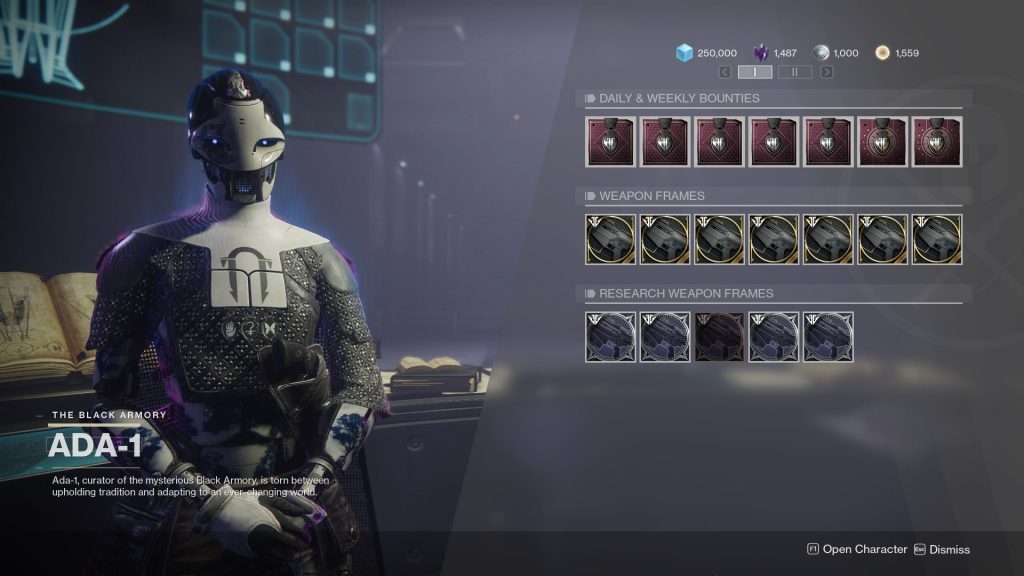 The quest to get Izanagi’s Burden relies on a certain step in the quest line that may take some time to complete. After completing the Black Armory Key Mold and unlocking the Mysterious Box, Ada-1 will give you an Unidentified Frame. This is the part of the quest that will take the most time.

With plenty of Daily Bounties in Ada-1’s inventory, make sure you’re completing them each day. Once you obtain and complete a a Rare Black Armory Bounty, you will be one step closer to obtaining the Exotic Sniper Rifle Izanagi’s Burden, and you will have gotten yourself the Obsidian Crystal you desperately needed.

Make sure to check out our Destiny 2 archives for even more news and guides.

How to Get the Bergusian Night Shader in Destiny 2

How to Get the Rasmussen Clan Shader in Destiny 2