After three weeks of Guardian Games, it’s time to get back to earning an original favorite from Destiny. The Iron Banner Legendary Shotgun knowns as Felwinter’s Lie is back for Guardians to pursue once again. This guide will show you how to get Felwinter’s Lie in Destiny 2.

How to Get Felwinter’s Lie 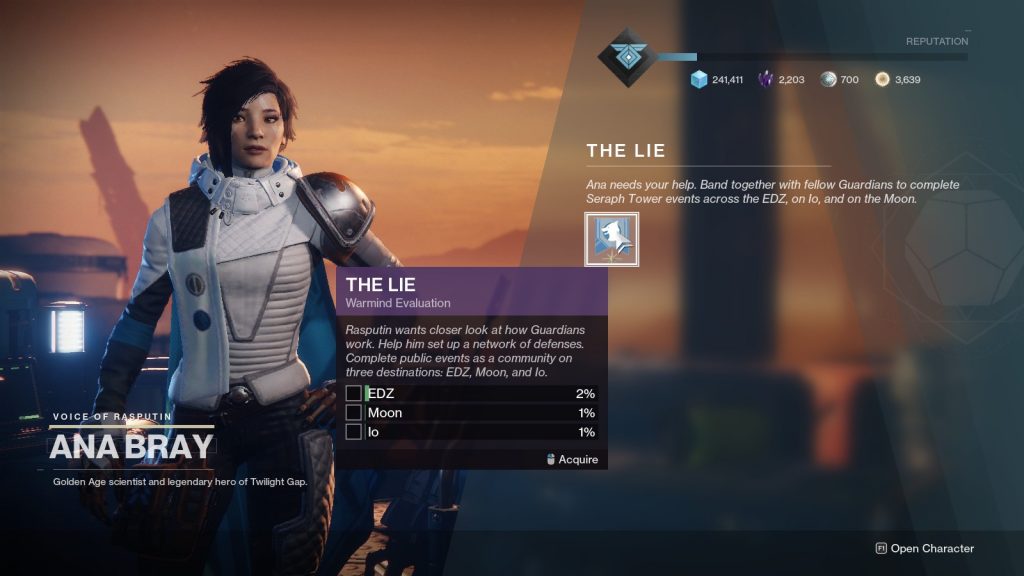 The Legendary Shotgun, known as Felwinter’s Lie, has returned in the world of Destiny. While the quest steps have changed on how this weapon is earned, it is one you will want to have. It all starts with a quest called “The Lie,” which can be picked up from Ana Bray on Mars.

The first step is a community effort, but we already have some information on the rest of the quest due to some crafty data miners. What we know about the search is all thanks to work done by a well-known data miner by the name of Ginsor. Once we are certain about more details of the quest, we will update this article accordingly.

Once you have picked up the quest from Ana Bray, your next step will be to complete Seraph Tower events across the EDZ, IO, and the Moon. Each Seraph Tower will need to be completed 3,000,000 times apiece. Remember that this is a community effort, and the next step won’t be unlocked until it is finished.

Now that the Seraph Towers have been properly defeated, return to Ana and see what needs to be done next.

Rasputin has coordinates that show some energy signatures that need to be investigated. Time to head out.

After Vostok is completed, it’s time to pick up your favorite Shotgun and get some defeats with it. You will need to defeat 1,000 enemies in total around the solar system oin the Crucible. Some Shotguns we recommend using are Perfect Paradox, Mindbender’s Ambition, or Seventh Seraph CQC-12.

After checking out the energy signature and acquiring the 1,000 defeats with a Shotgun, it’s time to head to the Lunar Seraph Bunker via Rasputin’s request.

All that remains for this quest is to investigate one of Rasputin’s closest-held secrets. Guardians will either need to complete a mission or simply search the bunker for the shotgun themselves.

Once you have Felwinter’s Lie, it’s time to put it to good use and drive back the Pyramid Ships that have been slowly advancing on The Last City.