The Season of the Drifter has begun in Destiny 2. As part of the update, there are two new modes in the game, Gambit Prime and The Reckoning. The Reckoning is a PvE mode that will see you take on hoards of enemies. If you want to be able to explore it, you will need a Weak Synthesizer. In this guide, we will show you how to get your hands on it.

How to Get a Weak Synthesizer 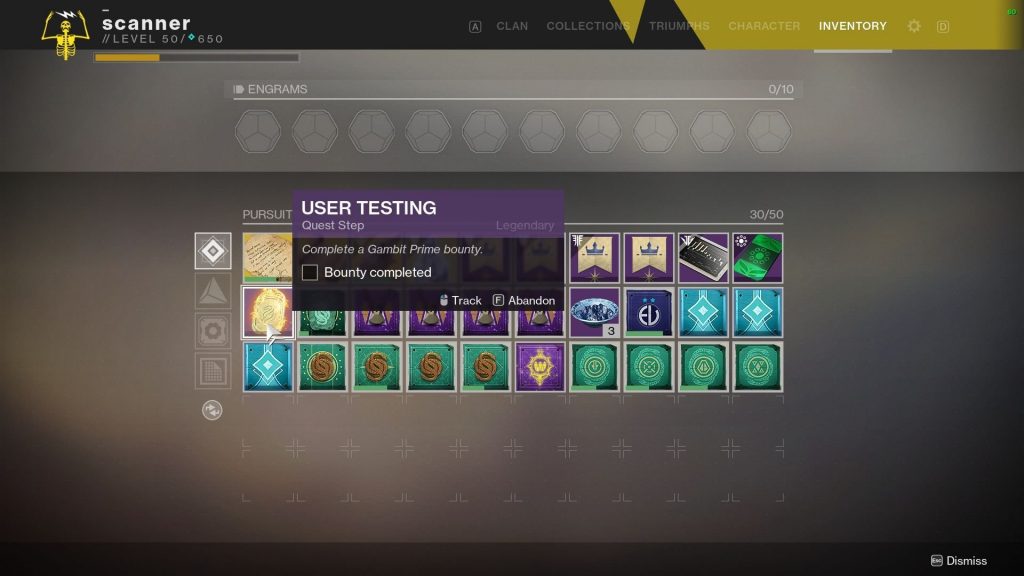 First, you need to go find the Drifter in his new home. He can be found in the Tower Annex near Ada-1. Speak to him to get the User Testing quest. To complete it, you will need to finish a Gambit Prime bounty. Grab whatever Gambit Prime bounties take your fancy, then head into your first Gambit Prime game.

Once you have completed at least one of the bounties, return to the Drifter and he will give you a Weak Synthesizer. You will now have access to the Reckoning mode in the Gambit section of the Director.

How to Use a Weak Synthesizer 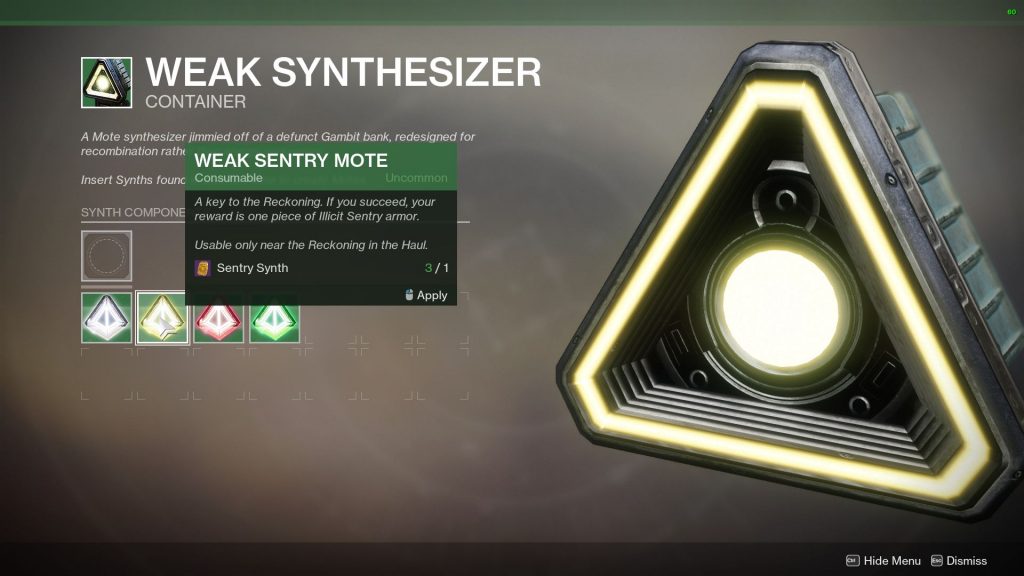 Once you get the Weak Synthesizer from the Drifter, you access the Reckoning under other Gambit activities. Don’t be too hasty, though, you will need an item called a Synth to put in the Weak Synthesizer. You can earn the Synths by completing the Daily Prime bounties for the Drifter. Some may also drop from performing certain feats in Gambit Prime.

The Synths coincide with the four roles from Gambit Prime. Invader, Collector, Sentry, and Reaper all have their own Synths. This is important to keep in mind. To activate the Weak Synthesizer, go to your inventory, then the consumables tab. If you examine the item, you will notice you can choose which Synth to put in it. Pick the one that corresponds to the role you are most interested in collecting Gambit Armor for, then place the Synth in the Synthesizer to create what is called a Weak Mote.

When you load into the Reckoning, you will see a Gambit mote collector after you go through the first portal. Run up to it, and offer the Weak Mote in the same way you would return motes of light in Gambit. If there is no option to interact with the mote collector, just move around it until you can. Whether it’s a bug or a feature, it seems you can only place a single mote in each panel. As such, stay trying until you find a panel that works.

Now you have made your wager, drop down into the big portal and get ready to fight. If you win, you will earn some nice Gambit Armor, but if you lose, then the mote is gone.

Now you know how to get your Weak Synthesizer, and how to use it. If you need help with other parts of Destiny 2, we have new guides detailing how to get The Recluse, the 21% Delirium, and the Oxygen SR3.