The Geomag Stabilizers are a new pair of Warlock Exotic boots added to Destiny 2 with Forsaken. These Stormcaller-specific boots are quite effective at obliterating both PVE bosses as well as groups of opponents in Crucible. Whether you’re wondering if you should buy them from Xur or start using them in Gambit, we’ve got the answers for how to use them effectively! 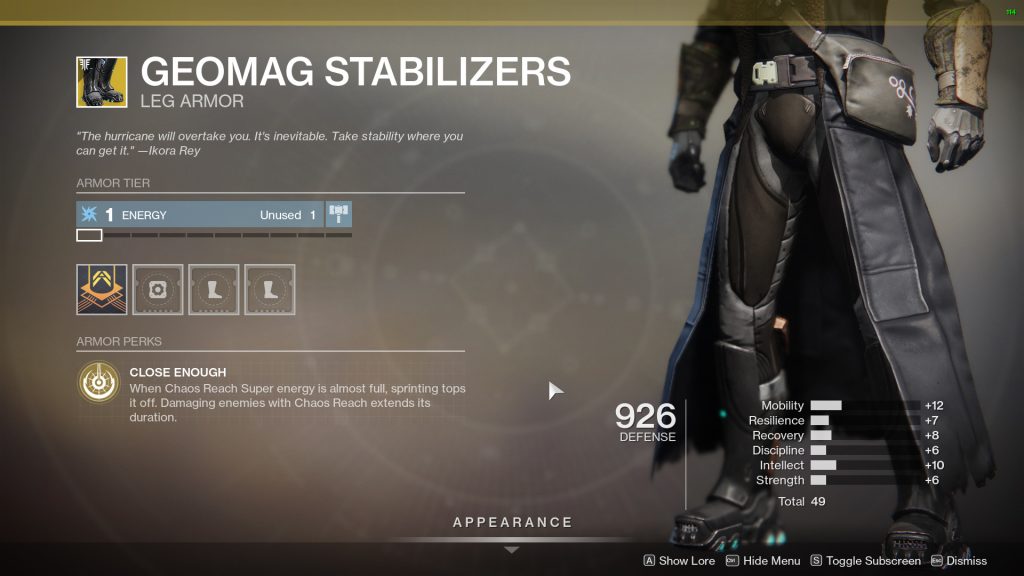 The main perk on the Geomag Stabilizers, Close Enough, allow Warlocks to get their Chaos Reach Super faster and extends its duration when hitting an enemy.

The Geomag Stabilizers are a new addition to the Destiny 2 universe, introduced in 2018 with the release of Forsaken. These boots are excellent for the offensive-build Arc Warlock, specifically the Attunement of Control with the Chaos Reach Super.

Really, these boots are only going to be good on middle tree Warlock. The only reason you would wear these on another subclass is if they’re you’re highest Power item and you have no infusion materials.

The reason why you want to use these with Chaos Reach is that their sole ability is designed for Chaos Reach:

The first part of the perk, Close Enough, allows you to fill your Super by simply sprinting. This comes in to effect when your Super is between 75 and 80 percent charged. Start sprinting and you will see the perk pop up on screen and your Super bar will begin to fill.

The second element is what you will likely be using the Geomag Stabilizers for. When you damage an enemy with Chaos Reach, the duration of its blast is extended. When attacking a boss, Chaos Reach will last for an incredible amount of time. It might as well double the duration, which means you’re able to get out more damage.

Best Way to Use Geomag Stabilizers 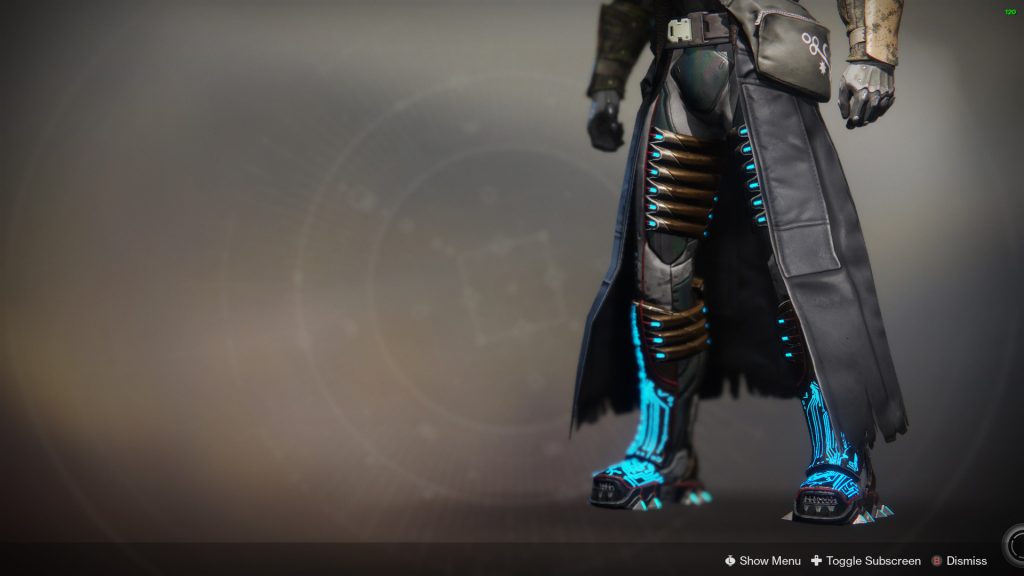 The Geomag Stabilizers have an awesome ornament, making them look like cyberpunk boots.

Ultimately, the best time to use Geomags is during PVE content, such as Nightfalls, raids, and Strikes. The Chaos Reach Super will peel bosses apart.

In terms of using these boots in Crucible or PVP, they truly shine in Gambit and Gambit Prime. When you gather enough Primeval Slayer stacks, you can deal over 50 percent of the Primeval’s health in one go.

Unfortunately, they’re not that useful in standard Crucible. It’s rare you will be able to deal enough damage to take advantage of the extended duration buff. However, it does help you get a Super a bit faster thanks to the sprinting effect.

Though Geomag Stabilizers aren’t as viable in Crucible, they absolutely dominate in PVE and Gambit game modes. With sustained damage, you’re able to melt bosses in seconds. Take a look at the Guide Stash Destiny 2 archive for even more Exotic armor coverage!