Spider has a new bounty for players to hunt in Destiny 2 and this one goes by a spooky name: Eye in the Dark. If players want to earn some powerful gear, increasing their Power level, they will need to head to Mars and take down this Hive Shrieker.

Wanted: Eye in the Dark

Before the Eye in the Dark bounty can even be completed, players will need to first collect 5 Ghost Fragments. Players can earn these fragments by completing public events, completing patrols, and clearing Lost Sectors. With the fragments in hand, return to Spider and ensure you purchase the correct bounty. 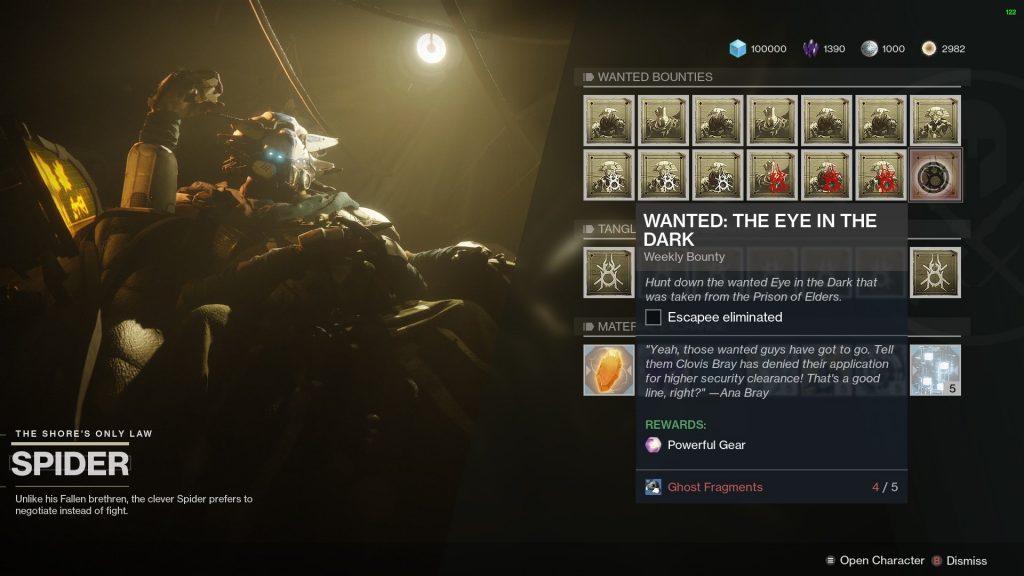 The Eye in the Dark is located on Mars. Open up the director to find the blue banner on the map, mark it and then head down for a patrol. Approach the flag and interact with it to start the mission. The actual location of the Eye in the Dark can change from week to week, so just follow the waypoint until you reach the enemy.

The Eye in the Dark is actually a Hive Shrieker. Unlike the normal Shriekers, this one will be invulnerable. To deal damage to the Eye in the Dark, players will need to collect a Wormcursed buff from defeated Cursed Thralls. Be sure not to die from these Thralls, else the instance will reset. These Thralls are also a bit stronger than normal ones, though most players shouldn’t struggle too much.

After defeating a Cursed Thrall, look out for the pool of ooze it leaves behind. Walk through the pool to get the Wormcursed buff. As soon as the buff activates, focus fire on the Shrieker. Weapons like the Sleeper Simulant, Whisper of the Worm, and Thunderlord will make short work of its health.

Unfortunately, the Shrieker will close after enough damage is dealt. Players will need to clear out a wave of enemies before they can damage it again. Be sure to focus on the hard-hitting Hive, like Knights and Acolytes. Kill any Cursed Thrall that spawn to get the buff again. This buff can be acquired as many times as necessary until the Shrieker is defeated.

Once the Eye in the Dark dies, the Powerful gear will drop, and you’ll be one step closer to hitting max power in Destiny 2.