Destiny 2 is doing something exciting in Season of the Drifter. A choose your own adventure by either siding with the Drifter or the Vanguard. This guide will outline the Drifter Allegiance quest steps. 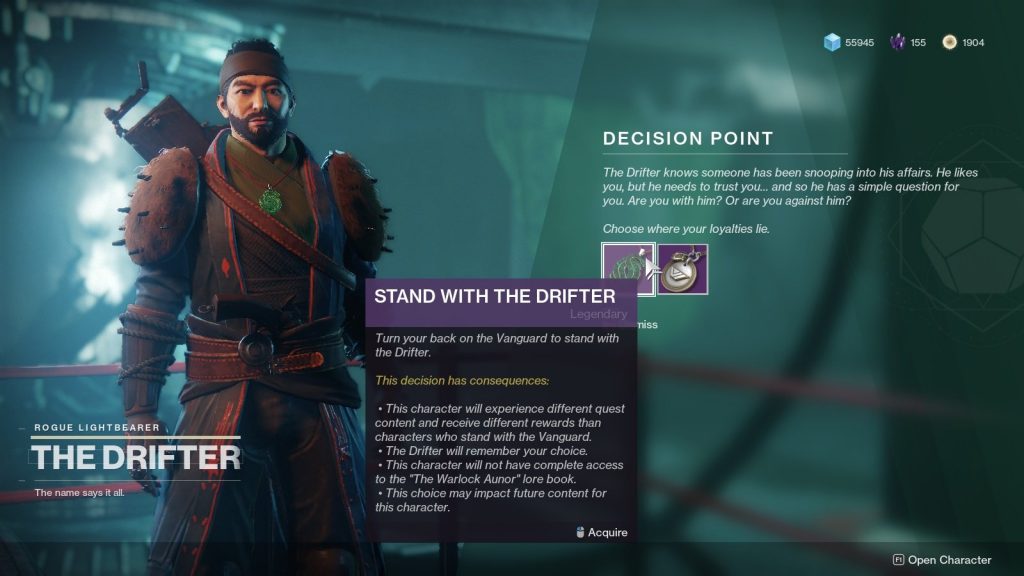 After choosing to side with the Drifter, you’ll start the Honor Among Thieves quest line.  You’ll find the full list of steps below. 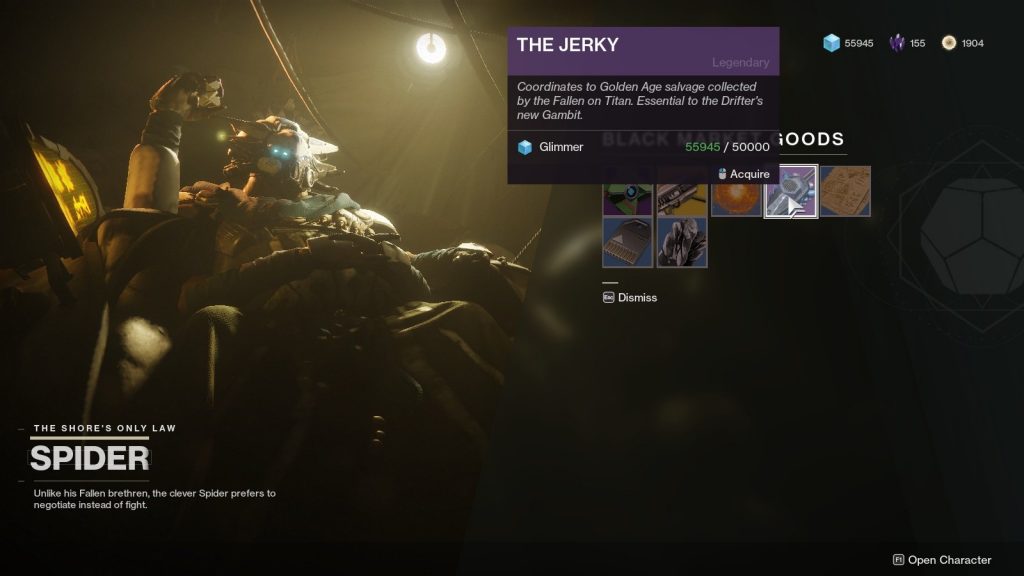 The first step for The Drifter branch is straightforward. The Drifter asks you to visit Spider in the Tangled Shore, where you’ll need to purchase some Jerky. Whether this Jerky is edible or not is still up for debate. The Jerky costs 50,000 Glimmer to purchase.

It turns out the jerky isn’t edible but is used to locate a transponder on Titan. Once you arrive on Titan, complete a Heroic version of the Thief of Thieves adventure. The beacon to start the adventure is near Sloane.

Once you’ve completed the mission on Titan, head back to the Drifter in the Annex. Your next step will be to defeat 25 Guardians in the Crucible. 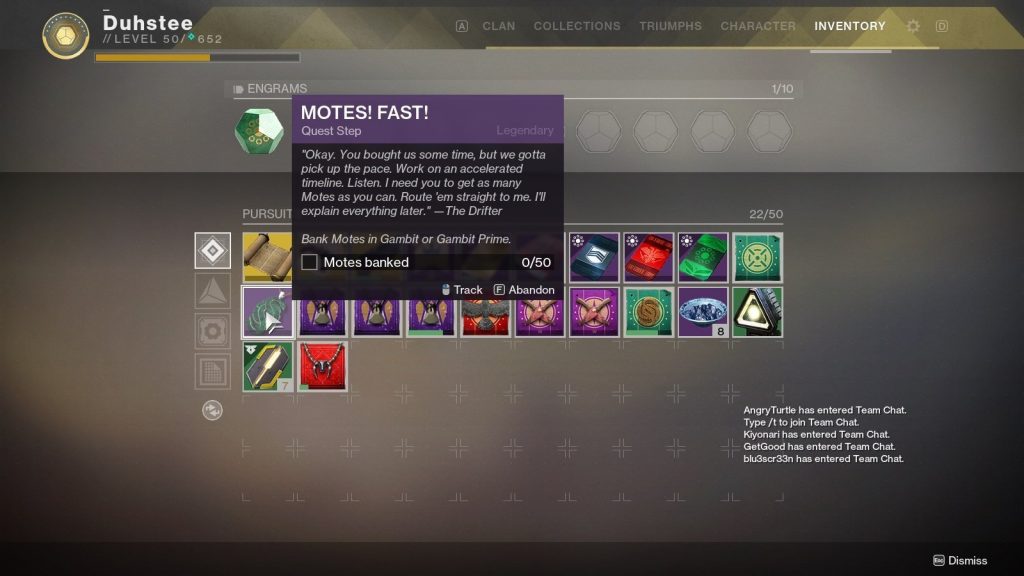 The next step is to head into Gambit or Gambit Prime and bank 50 Motes. You should be able to finish this step in two matches. 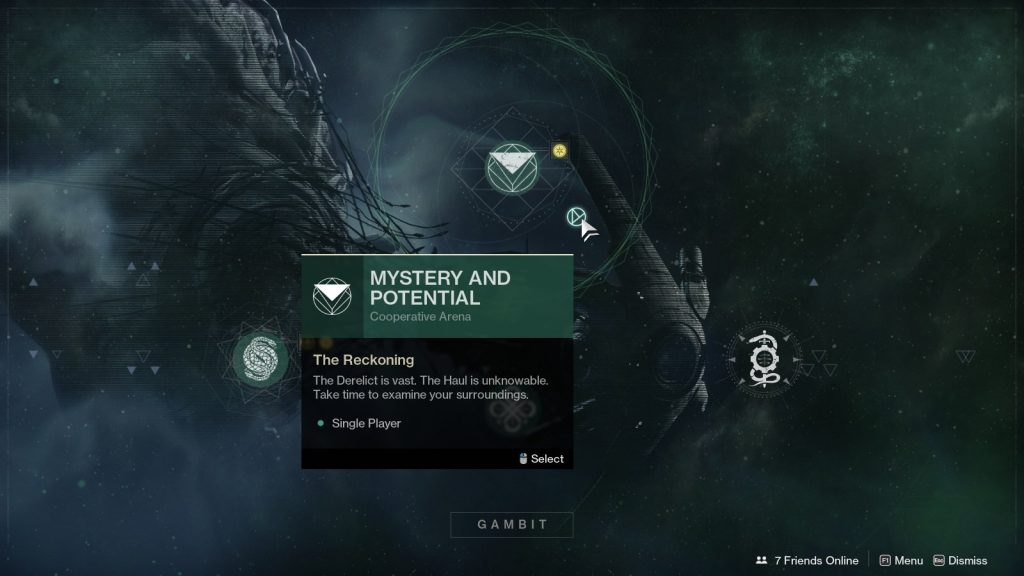 Once you’ve gathered enough fuel and rations, you’ll need to open the Gambit directory and select the small icon on the bottom right of The Reckoning called Mystery and Potential.  From the spawn point, head right down the hall, continue through the snowed-in room, and into what looks like the Drifters quarters in the Derelict.

Sitting on the table will be a recording you will need to pick up. This is also a great time to explore the Derelict if you choose to.

After collecting the recording in the Derelict, return to the Drifter, and he will task you with finding seven more tapes that are scattered across the EDZ. The locations of these tapes can be found in our Survival Guide.

Now that you’ve collected all seven recordings, return to The Drifter and claim your reward. You have now sided with the Drifter and gained a new ally.

If you’ve chosen to side with Zavala and the Vanguard, check out the Vanguard allegiance quest line.

How to Get The Thorn in Destiny 2 Step by Step