Cheesing the EAZ mini bosses portion of the Destiny 2 Solstice of Heroes armor is easy. Doing this saves a whole lot of mindless farming and ensures all players receive a kill count. While it cannot be setup in every encounter, you should know what to look out for so you can farm up the 100 mini boss kills in no time at all.

The process of cheesing the mini boss kills in the EAZ requires a Fireteam working together. For this reason, it’s a good idea to go in with three players who are looking to complete that specific part of their armor. If you load in with a random, they can very easily mess up the boss cheese, sending you into the next encounter. 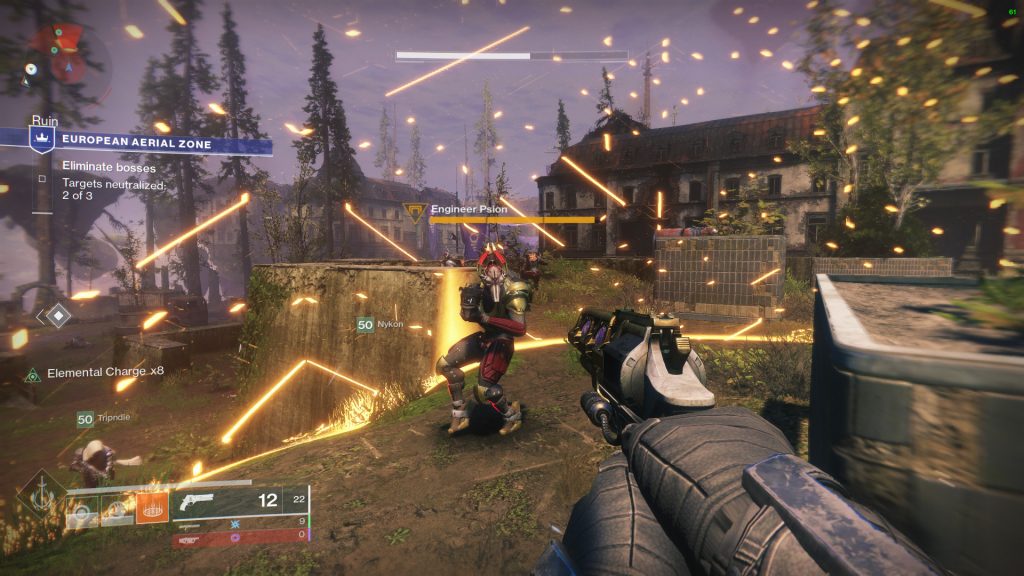 During the three Cabal boss encounter, keep a boss alive to cause an Engineer to be dropped off every 30 seconds.

To farm the mini bosses, you want to complete European Aerial Zone encounters until you get the Cabal version. The specific Cabal encounter you’re looking for has three bosses at the end. Complete the encounter as normal, but when you get to the boss round, keep one or two of the three bosses alive.

By keeping a boss alive, reinforcements will continue to roll in. Every second ship will contain a Psion Engineer which counts as a mini boss when killed. Before this enemy appears, an on-screen prompt will inform you of its arrival: An Engineer arrives to support the Cabal…

Group up with your Fireteam in the center of the EAZ and kill the Engineer as it drops down. It should come in on the same point each time. With only a short wait between each Engineer, you will be able to complete the 100 mini boss kills rather quickly.

This EAZ mini bosses cheese will cut down on excess time spent farming. You won’t need to run around to get a hit on bosses, you won’t be joining matches that are at the boss or chests, and you won’t spend time in matchmaking. Be sure to check out Guide Stash’s Destiny 2 page for even more helpful guides and tips.

Fastest Adventures to Finish in Destiny 2