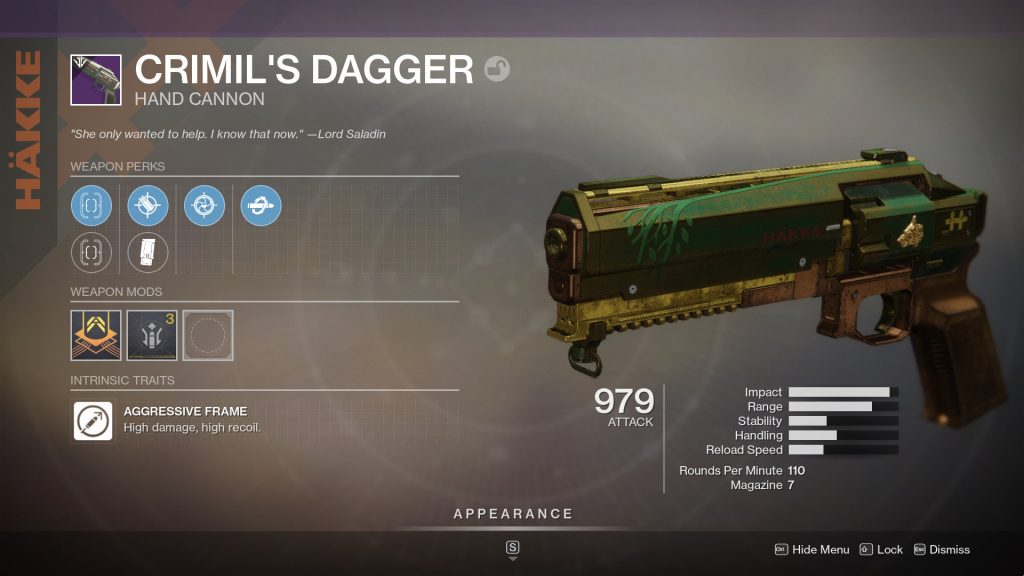 Hand Cannons in Destiny 2, in my opinion, require some skill to use. This is a skill that I lack. It took me an embarrassingly large amount of time to get Ace of Spades because I was too busy trying to get Exotic ships and sparrows, but also because I suck with them. When you get one with the right perks, though, it can be a game-changer. Listed below are the recommended perks for Crimil’s Dagger.

The PvE perks you’re looking for all have to do with stability and reload time. The quicker you can reload and more stable you can make your weapon the better.

In PvP you want the ability to take your opponent out from a distance, but it’s not the only important perk you want. Accuracy plays a huge part in being able to take someone down with a headshot.

While I’m sure anyone skilled with a Hand Cannon could use any perk to defeat me, knowing that I have a perk or two that’s recommended does a lot for a player at my skill level. Any edge I can get is a huge positive, which is why I frequently check out our Destiny 2 archives for even more guides.