The Chromatic Fire is one of the more interesting Warlock Exotic chest pieces in Destiny 2. Since its release with Forsaken, players have been eagerly chasing these Warlock robs. Xur has only recently sold them, and now players want to know whether Chromatic Fire is worth buying, how they work, and whether they’re actually worth using instead of something else. 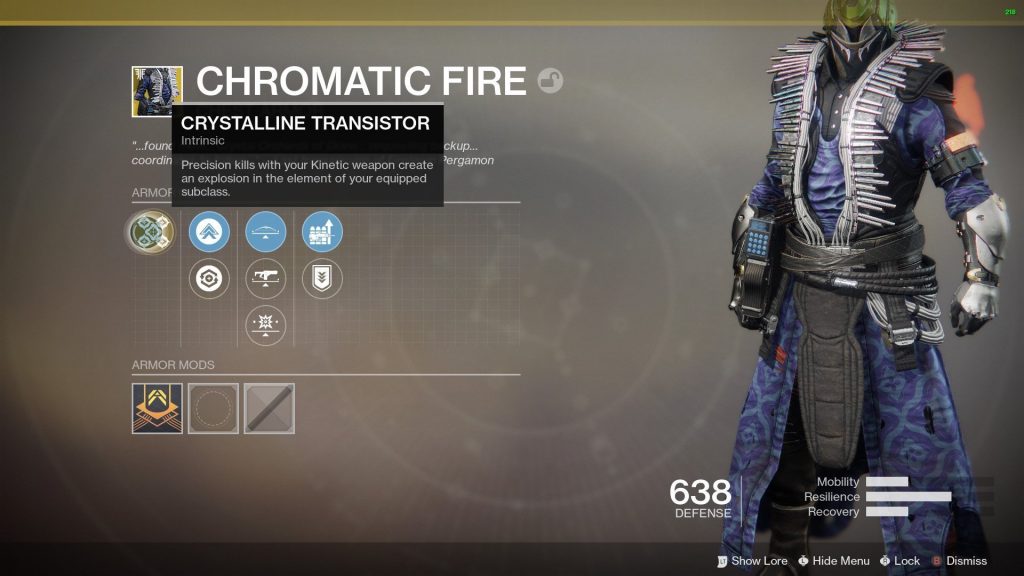 As far as Warlock robes go, Chromatic Fire is one of the more interesting pieces available. These robes reward a steady hand and really look to reward those players who focus more on gunplay. Let’s take a look at the chest armor’s Intrinsic perk:

This explosive skill is simple to understand and easy to utilize. Whenever you score a precision kill with your primary weapon – specifically a Kinetic weapon – the enemy will explode a few seconds later with the same element type as your subclass. If you have a Void subclass the explosion will be Void. Not only is this explosion dealing damage, it can also take down shields.

Under the right circumstances, by simply killing weak enemies, you can essentially hasten the rate at which you clear enemies. For this reason, Chromatic Fire has a lot of great applications in PVE and PVP.

Be sure to check out this Exotic’s lore tab over on DestinyTracker.

Best Way to Use Chromatic Fire 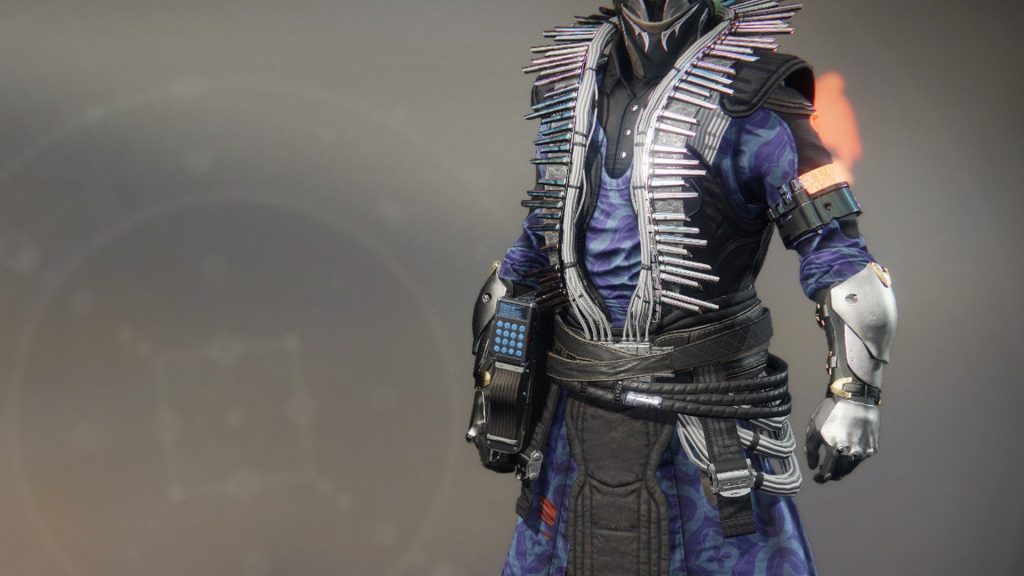 For the most part, Chromatic Fire is going to excel in PVE content. Wherever there are groups of smaller enemies, this Exotic chest piece is going to chew through them. Similarly, by focusing on smaller enemies first, you can soften up the larger targets for your teammates.

In content like Gambit Prime, where there are a lot of strong enemies with shields, being able to break shields without wasting Special ammo is going to be useful. As for raids, Chromatic Fire is going to help clear out groups of enemies faster.

To further compound the effects of Crystalline Transistor, players can equip and use a gun that has Dragonfly. The Dragonfly perk will proc, causing an explosion, and then another explosion will happen shortly after. This equates to two opportunities for bonus damage to surrounding enemies. The Exotic hand cannon, Ace of Spades, is exceptionally power in this regard.

Unfortunately, Chromatic Fire is not designed for single-target encounters. To this effect, using it in Crucible isn’t going to yield great results. The reason for this is that the delayed explosion is only going to cause damage to surrounding enemies that are still alive, and there are rarely situations where this can be exploited for an advantage.

To put it simply, yes, Chromatic Fire is good. Though it might not be the best Exotic to use in Crucible, its power is clear in PVE content. The advantage of this Exotic is that it’s always active. Other Exotics only work when using abilities, your Super, or when trying to recharge abilities. Meanwhile, if you can kill something with your Kinetic weapon, you’re going to be dealing more damage thanks to this Exotic chest piece.

As with all Exotic armor, it’s worth having it for the collection process alone. Even if it’s not a piece of item that’s part of any major strategies right now, the Chromatic Fire Warlock Exotic chest piece may wind up being an absolute must-have in Destiny 2.