Saint-14 has a special mission for Guardians that involves taking out high-rank Cabal targets. These targets can be found easily if you know where to go. This guide will show you Cabal Champions locations in Destiny 2. 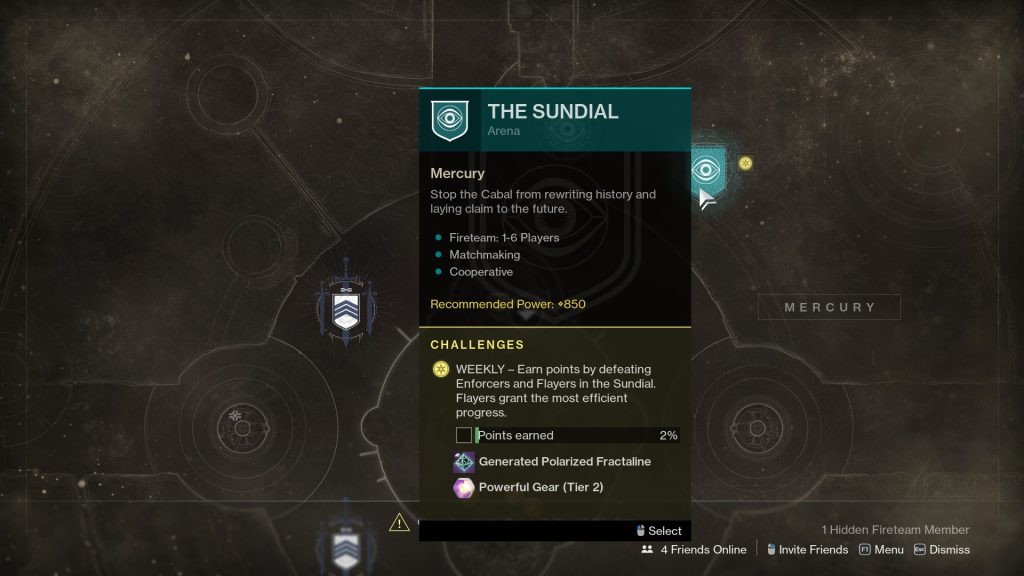 The Cabal have been a thorn in Guardian’s side since the launch of Destiny 2 and are the reason for the collapse of the Tower that Guardians called home. Luckily, Saint-14 has a bounty that should help the healing process. Head to the Hanger and Speak with Saint-14 to check to see if he has this Daily Bounty. The bounty is called Strictly Enforced and you’re tasked with defeating a Cabal Champion. The one thing the bounty does not tell you is where to find this Champion.

There are many tricky enemies in the Infinite Forest. I fought them so many times that I learned all their tricks, and then I crushed them. – Saint-14

Once you have picked up Strictly Enforced, your next stop will be to head to the Sundial on Mercury. After loading in, fight your way to top of the ramp to face the Cabal Champion. Make sure you’re correctly equipped for your encounter as these enemies are tough. If for some reason you don’t get credited for the defeat, complete the Sundial run to increase your chances. Bounties in Destiny 2 can be a little picky in how you complete them.

Completing the bounty will net you  Moderate Fractaline Harvest and some experience. Saint-14’s Daily Bounties are some of the easiest ones to finish and can be done in the Sundial. If you are looking to find a good weapon that will help you, check out the Gallant Charge god roll guide and our Destiny 2 archives.