Season of the Drifter in Destiny 2 is bringing a very powerful Heavy Machine Gun pinnacle weapon to Gambit called 21% Delirium. This guide will show you how to get 21% Delirium in Destiny 2. 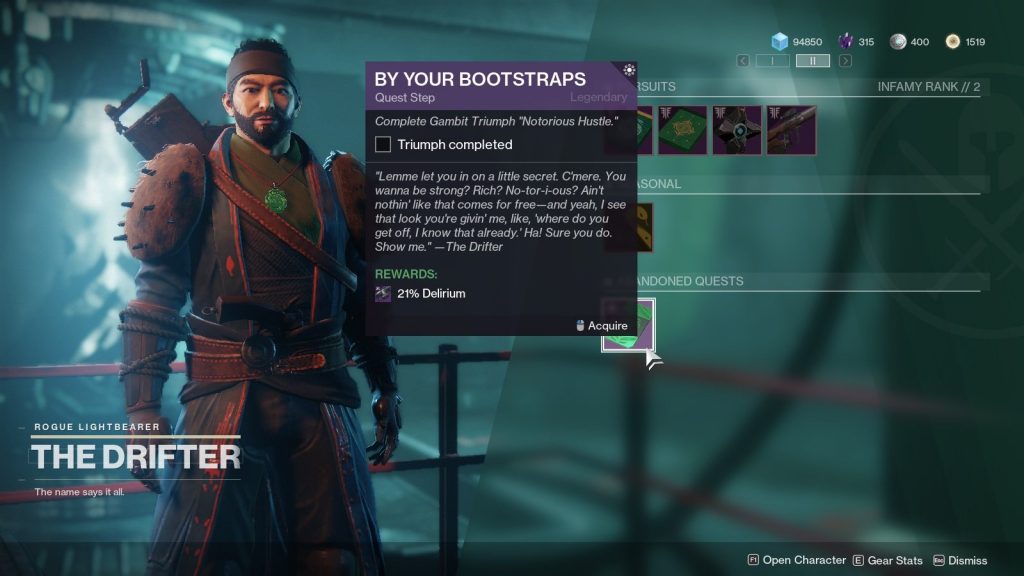 Players can pick up the Gambit pinnacle weapon quest from The Drifter, who now resides in the lower level of the Tower. The first step of By Your Bootstraps is to complete the Triumph called The Notorious Hustle. You can complete it in Gambit or Gambit Prime. The steps are listed below. 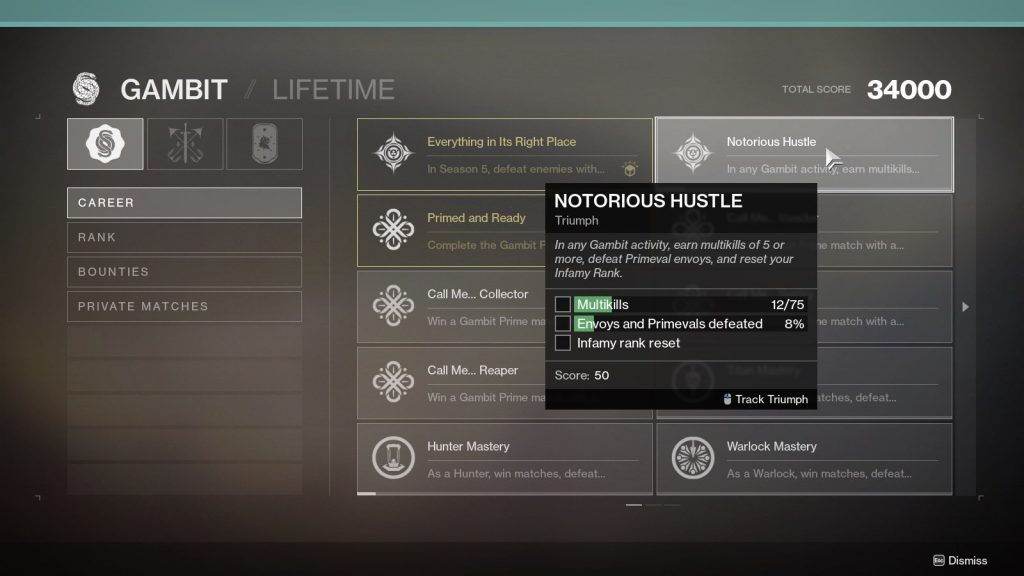 Resetting your Infamy will be the longest step in completing this Triumph. Multikills will be easy to achieve, especially if you use a Rocket Launcher or a Heavy Machine Gun. Casting your super is another way to obtain multikills. The only good thing about this Triumph is that it can be done by completing games in either Gambit or Gambit Prime.

Once you have completed The Notorious Hustle, don’t forget to turn the quest in. You may need to speak to the Drifter in the Tower once it is completed. 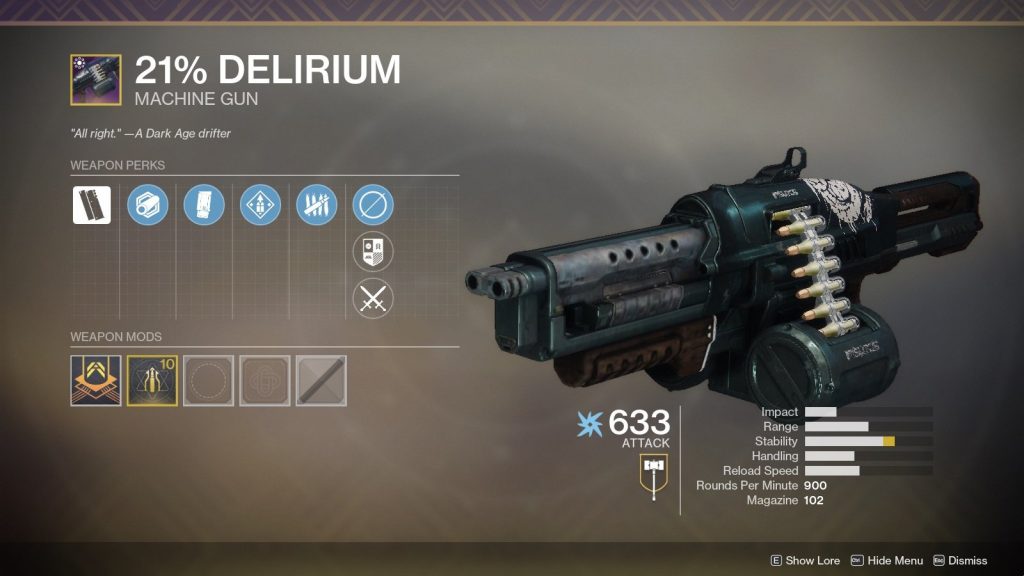 The 21% Delirium is the big brother to last seasons Gambit pinnacle weapon, Breakneck. It is a rapid-fire arc Heavy Machine Gun with the following perks:

Heavy Machine Guns are the weapon to use in Crucible and in Gambit. They hit hard and can clear enemies out in very little time.

I think Gambit has the best pinnacle weapon in Season of the Drifter. The 21% Delirium with Killing Tally will make this weapon one of the best Destiny 2 has to offer.

If you’re looking for the rest of the Destiny 2 pinnacle weapons, check out our guides on how to get The Recluse and Oxygen SR3.