Relying on allies to revive you in Apex Legends can be a problem, so it’s good thing there’s a way to self-revive. Under specific circumstances, players can actually bring themselves back into the fight, without the need of an ally. Unfortunately, self-reviving can’t be done all the time. Even though it’s a limited ability, it’s good to know how self-reviving works. The self-revive skill all starts with a the knockdown shields.

To deploy the shield, players will need to click and hold the attack button. Holding the shield up will slowly drain its energy. The energy will also be drained if another player shoots it. A good strategy is to only use the shield when necessary and to try and use it to draw fire away from your allies. 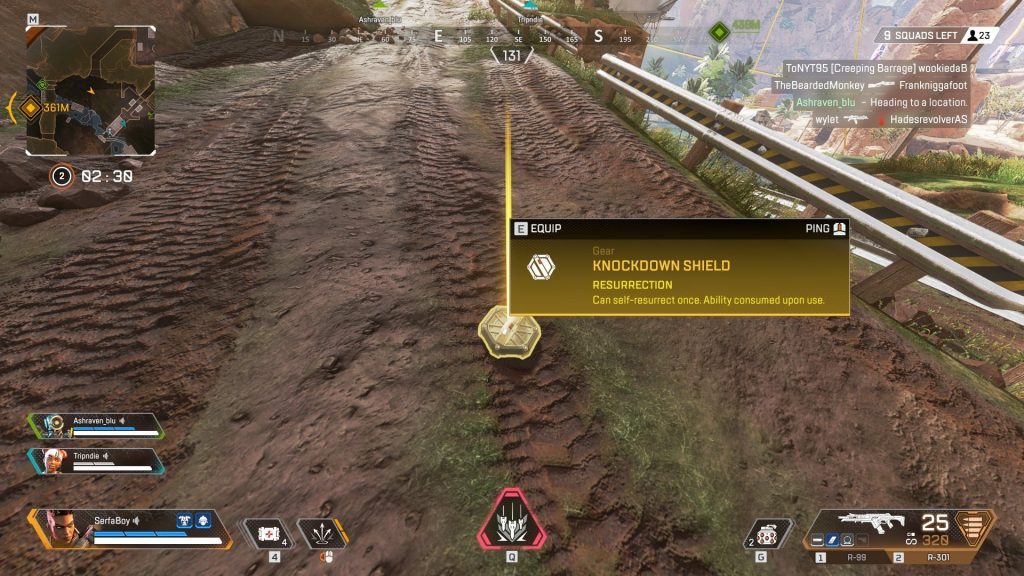 The Legendary knockdown shield is the gold version of the shield and the highest rarity in the game. With the most energy on offer, it will take other players a lot of bullets to destroy it completely. However, the main appeal is that it offers the unique ability to self-revive a single time. To actually self-revive, hold the appropriate button (E on PC) and watch as your Legend injects themselves and starts standing back up.

Be aware, self-resurrecting takes roughly the same amount of time as a regular revive. Due to the time it takes, you will want to make sure no one can see you or that you’re in decent cover. It’s also important to note that if you use the knockdown shield to actually shield yourself, you will glow gold, which is a dead giveaway that you can self-revive. The best option is to never use the shield function until you have exhausted the self-revive. The only time when this isn’t the case is when you will absolutely die if you do not use the shield, such as when you need to get behind cover and are currently under fire.

Though it will get you back into the fight without the use of a teammate, keep in mind that you will be at-risk the entire time during a self-revive. Keep your eyes peeled for a Legendary knockdown shield, because the self-revive skill is a real game-changer in Apex Legends.