Improving at Apex Legends requires more than just playing matches repeatedly, you’ll need to crunch some numbers and do some reading. With so many guns and weapons to choose from, figuring out how each one is to be used in a given situation can be tricky. To make it more complicated, there are several “best” weapons in Apex Legends and all the guns can be sorted into various tiers. We here at Guide Stash have you covered, though. 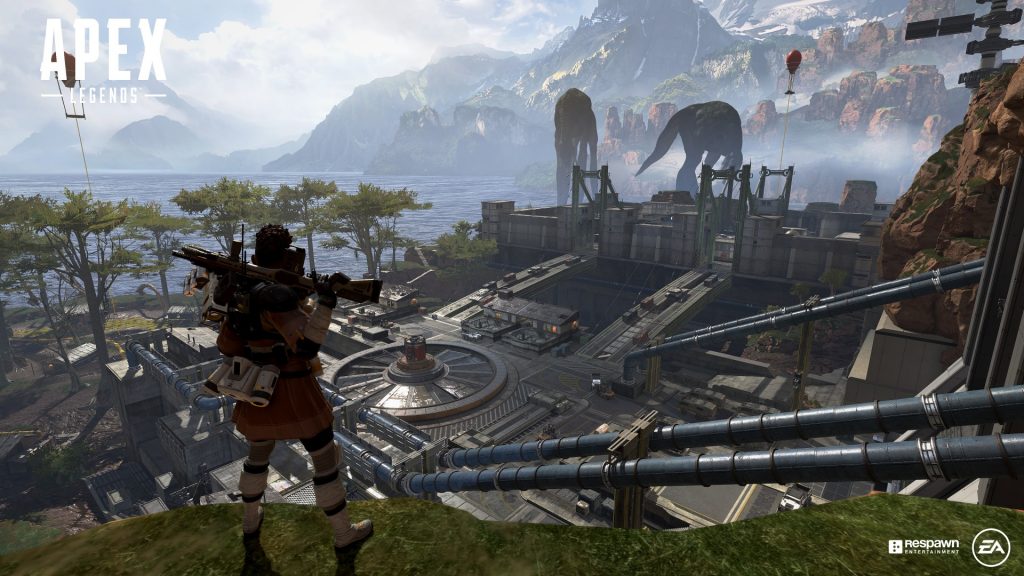 There are 19 guns currently available in Apex Legends and each of them falls nicely into an S-to-F tier ranking system. While it all comes down to personal preference, there are some clear winners and losers when it comes to the guns. Before you head out and start using a weapon on this list, be sure to read down lower where we talk about each weapon in more detail.

The S tier of guns in Apex Legends are those that you aren’t going to see every game, in fact, you may only come across these weapons one out of every ten games. The Mastiff and Kraber are the two obvious choices here as they are both exceptionally powerful and equally rare. It’s also worth noting that any of the other weapons should be considered S-tier if they appear as a golden drop. The reason for this is that a golden weapon comes pre-equipped with golden attachments, making it an absolute beast.

These are your go-to weapons you should be picking up no matter what. All of the assault rifles in Apex Legends can be considered A tier, as they all perform at an above-average level, it’s just down to personal preference. Some will like the Carbine’s rate of fire while others might prefer the pulse of the Hemlok.

The B tier guns in Apex Legends should not be discounted, but likely won’t be your top choice. If you have any of these, you’re going to be just fine, but these weapons will likely also be the first to go. It pains me to put the G7 Scout here, as it’s a quality rifle, but the bullet drop is just too extreme to be much use in long ranges and its small damage is out-matched by other weapons.

The C tier class of weapons are those that you can very well pick up and use, but have a few too many faults to be considered good. The Devotion, though a mean killing machine in the right hands, only really performs well once it’s spooled up, at which point you’re close to needing to reload.

All of the pistols are D tier in Apex Legends, except the Wingman. You’re going to want to get rid of a pistol as soon as possible, as there’s no way it’ll be seeing you through to the end game (unless you’re some kind of pro).

The Mozambique gets a big ol’ fat F for failure. Though some will argue the headshot deals good damage, the fact is you might not land it when you need to. To further compound how terrible this gun is, it only has three rounds. If it had a five shell capacity, it might be a bit better. Leave this one on the ground at all costs.

Outside of where a weapon falls on a tier list, it can also be good to know how it’s used, its strengths and weaknesses, and any other pressing details. Before you jump in and start using an A or B tier weapon, you should know what you’re doing.

The assault rifles will be your bread and butter in Apex Legends. Of the three assault rifles available, all three of them perform well in any given situation. Though each are valuable, they all handle differently, offer various rates of fire, and use different munitions. This one is entirely up to personal preference, but let’s talk about them.

The Flatline is one of two assault rifles that use heavy ammo to dish out the pain. Unlike its Hemlok counterpart, the Flatline does not use a 3-round burst, instead, it uses either full auto or single shot. For most players, this will be the go-to option, as its potential damage output is extremely attractive. 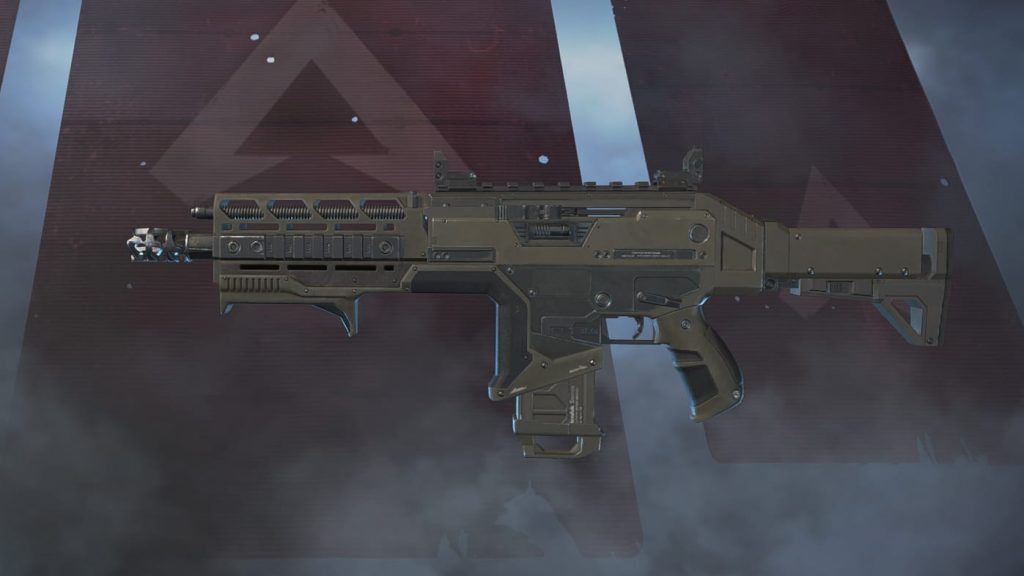 Though it might not offer full auto, the 3-round burst keeps the Hemlok nice and stable when tracking targets at range. Thanks to its heavy ammo usage, it is able to dish out an impressive amount of damage, making it an excellent choice for players who can get a feel for the pulse of its burst fire. 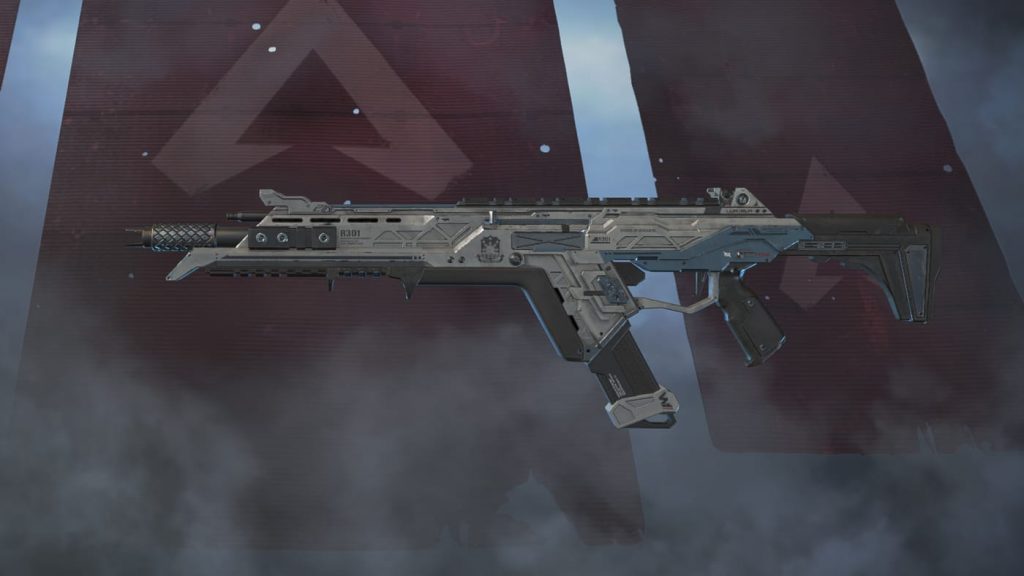 The only light ammo user among the assault rifles, the R-301 Carbine is both a rapid fire monster and incredibly stable. With a few attachments on it, the Carbine can quickly become one of the best performing weapons in Apex Legends.

If you find a sniper rifle in Apex Legends, it’s a good idea to pick it up. All three are viable options, though the G7 Scout finds itself in an odd place with its low damage and intense bullet drop.

The G7 Scout is a sniper rifle you’ll likely find all over the map, and it’s a quality choice. Unfortunately, because it does use light ammo its damage isn’t as significant as other options. To compound this problem, the Scout suffers from some extreme bullet drop at range, making it difficult to track and hit targets at any long distances. However, players can spit out a lot of bullets very quickly, making the G7 Scout a formidable weapon in the right hands. 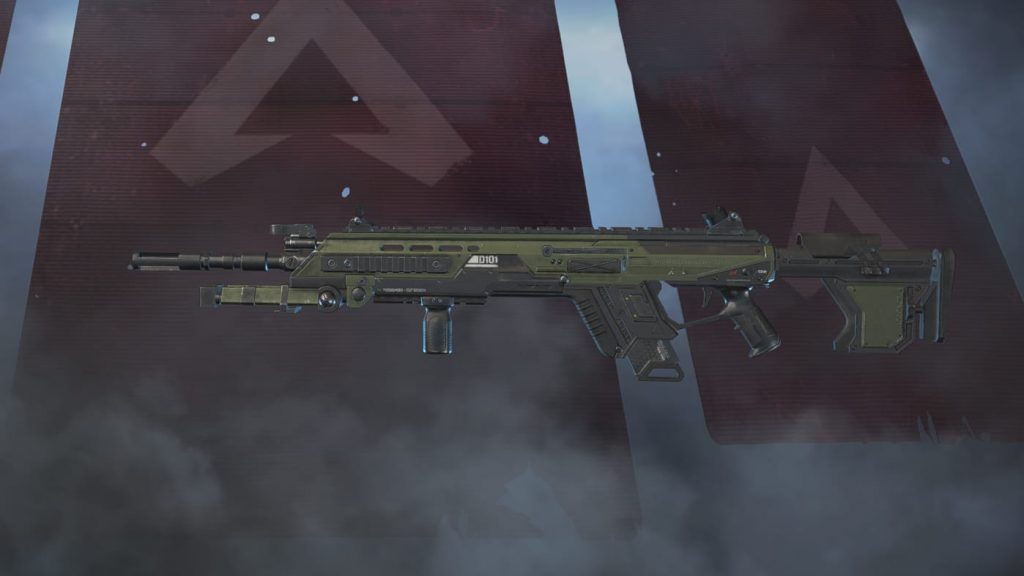 The Longbow is your iconic sniper, made even more impressive with the skullpiercer hop-up mod. Since it uses heavy ammo, its damage is already quite high, but with the mod you’ll be able to knock enemies down with ease, as long as you can pull off the headshots.

An interesting beast, the Triple Take fires a spread of three rounds along a horizontal plane. The spread of said rounds are tighter at the start but fan out over longer distances, though this can be circumvented with the precision choke hop-up. Even without the mod, the Triple Take is able to deal some devastating damage. Keep an eye out for energy ammo, as this thing will chew through it.

The first of the mighty Legendary weapons. The Kraber is your anti-tank sniper rifle, capable of knocking down an enemy in a single shot. An unarmored player will fall to one body shot while even a heavily armored player will go down with a headshot. Due to its Legendary status, it is extremely rare, only available through world supply drops. It’s also worth noting that it uses unique ammo, so once it’s empty you’ll want to throw it away.

Out of the four shotguns on offer in Apex Legends, only two are worth using for an extended time and even then one of those is rarely found. Shotguns are likely only decent in the early or later parts of the round, unless your team can stick to fairly close-quarters locations like the tunnels between areas. 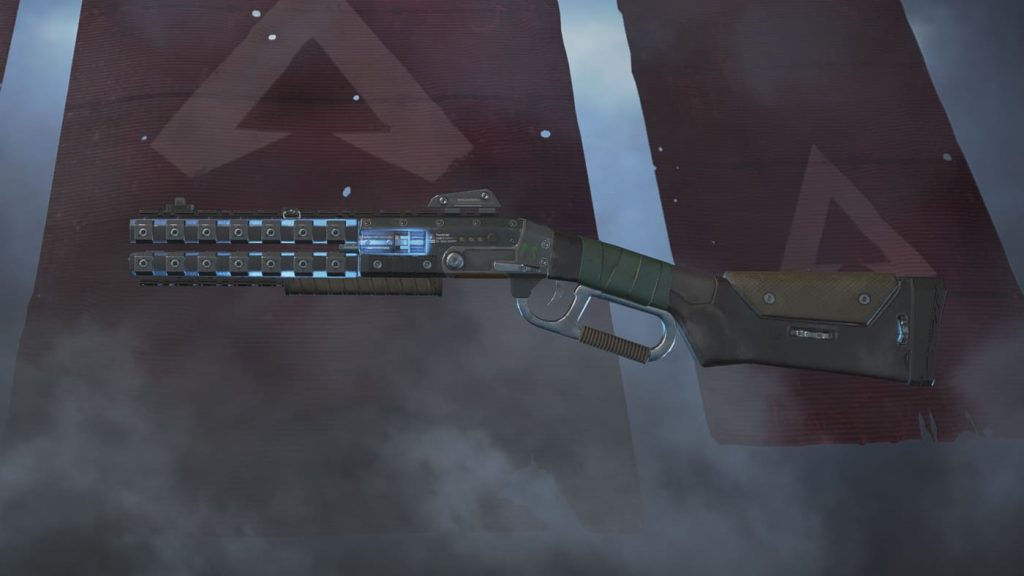 The Peacekeeper is the best shotgun of the bunch and an prime choice for anyone who likes to get in close. Offering eight shells per full reload, the Peacekeeper can keep on firing, allowing a steady-hand to knock down two or more players. Throw on a precision choke and this thing becomes a mini sniper. 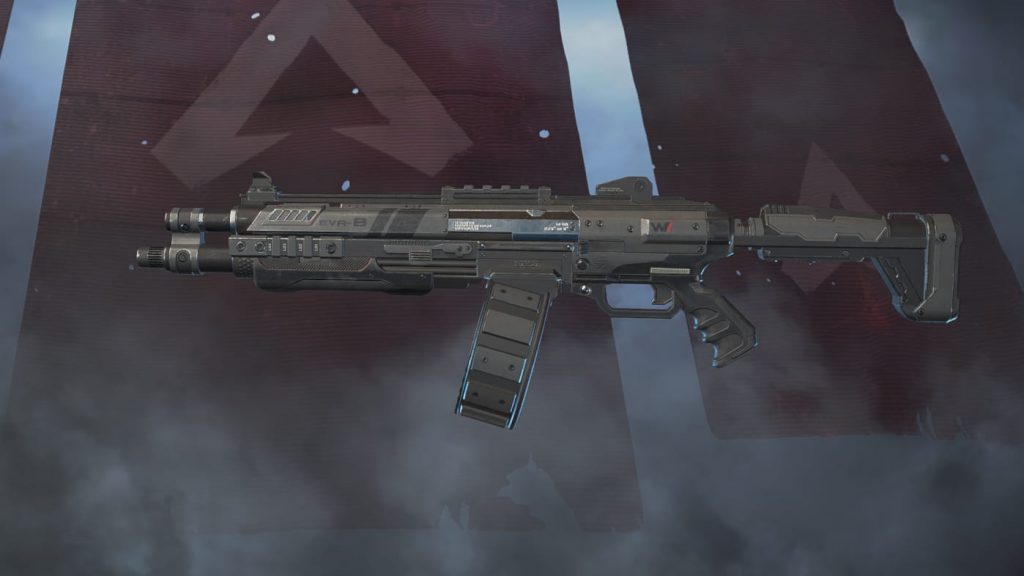 The EVA-8 is an easy-mode shotgun thanks to its full-auto fire. This makes it perfect for the player who might struggle to get the reticle over a moving target. However, it does not deliver the same damage numbers that the Peacekeeper is able to pull off.

The second Legendary weapon currently in Apex Legends, the Mastiff is a shotgun made to ruin someone’s day. This beast of a weapon can put a fully armored player on their knees provided all the pellets hit. If you see this in the world, it doesn’t matter if you like shotguns or not, pick it up. Much like the Kraber, it uses unique ammo, so once its empty it’s of no use. 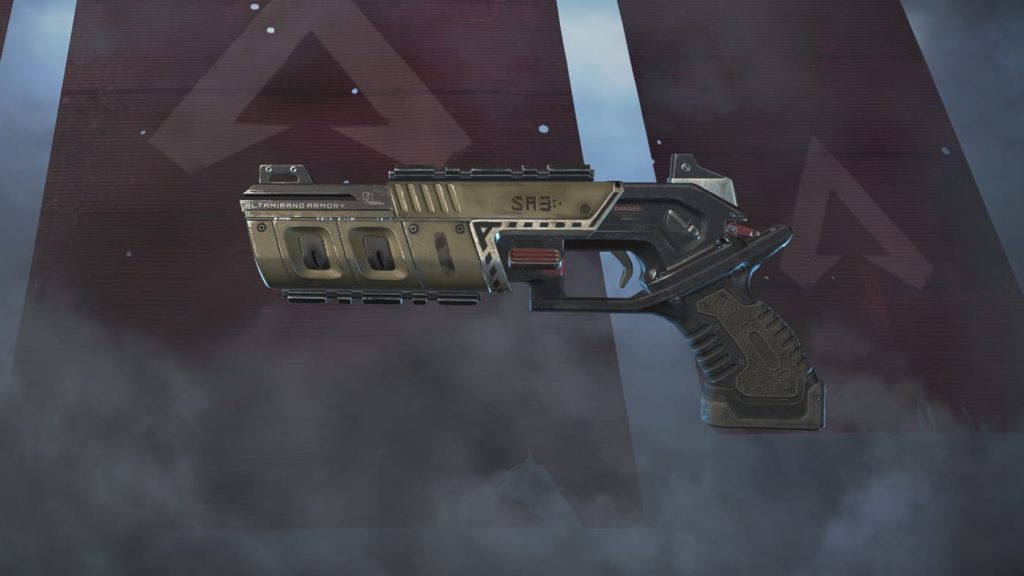 The Mozambique is a pistol shotgun that holds three rounds. It has terrible damage and poor accuracy, and generally underperforms. Only pick this weapon up if you drop in a hot zone and have literally no other option. In some cases, it’s actually better to punch and kick.

Sub machine guns fill an odd gap in Apex Legends’ gameplay. Chances are players will use these in a rushed fight at the beginning of a match and then throw them away. 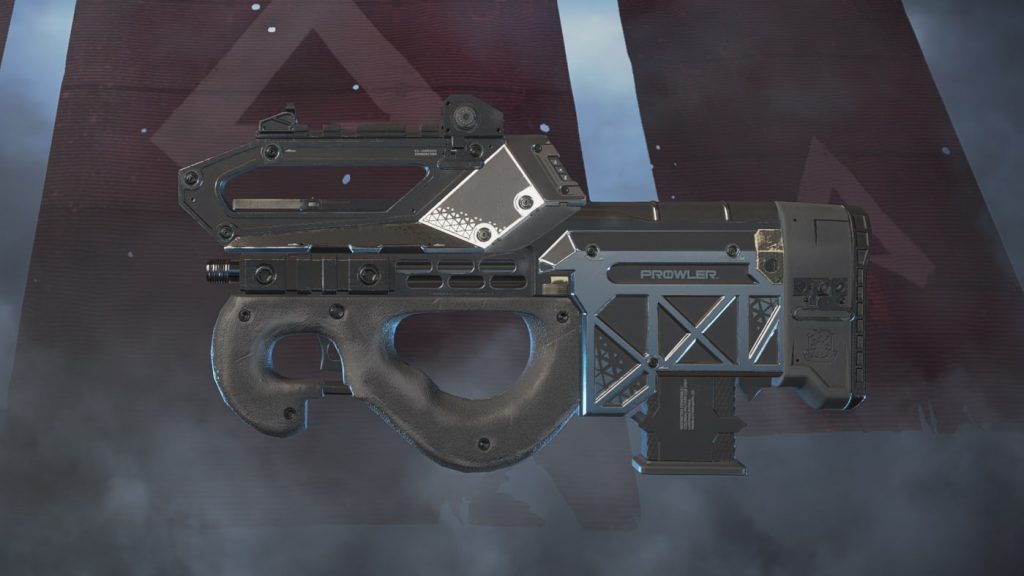 You will either love or hate Apex Legend’s Prowler. This burst-fire sub machine gun is a vicious beast, just as likely to bite you as it will the enemy. In the right hands, the 5-round burst will decimate opponents, provided it’s used in close quarters. Keep in mind that the Selectfire Receiver turns this into a full-auto SMG, making it an extremely tasty option. 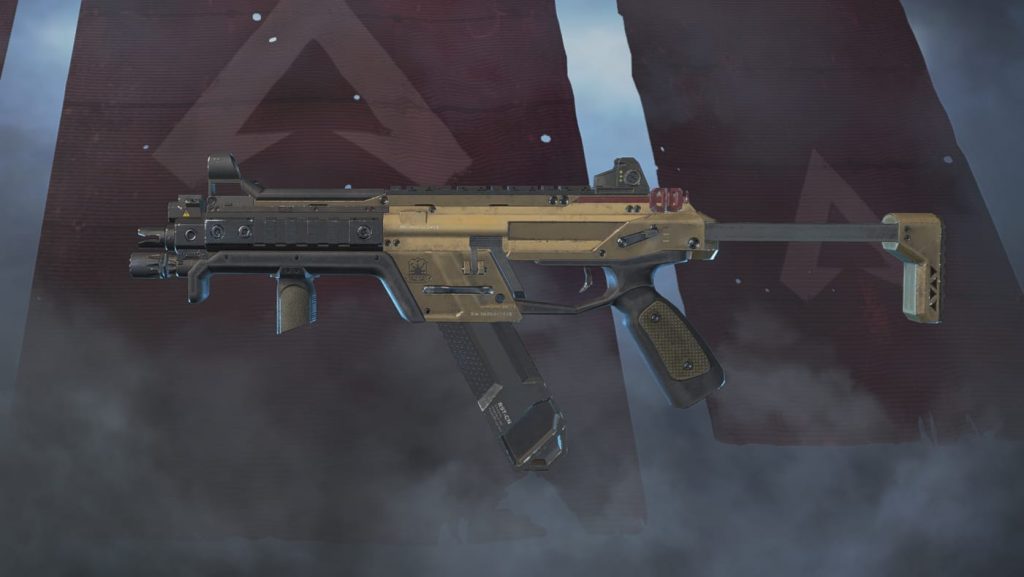 The R-99 is a dead-average sub machine gun with no real outstanding qualities outside of its rate of fire. Chances are you’ll be picking this up to get you through the early game, only to swap it out for an assault rifle or sniper.

Much like the R-99, the Alternator is an average weapon with nothing too impressive to boast about. Pick it up and use it to help you in the first few moments of a match, but get rid of it once you find any other gun.

Light machine guns can be an excellent choice, especially if your team has the basic ranges covered. Though the Devotion is rated quite poorly in the tier list, it’s still fun to use.

The Spitfire is one of two currently available light machine guns in Apex Legends. In the event you don’t want to use an assault rifle, the Spitfire will be glad to fill that role. While you can’t expect to hit enemies with accuracy at range, it will be able to knock enemies down with ease once they reach the medium-to-close range. Definitely a worthwhile option, though very situational. 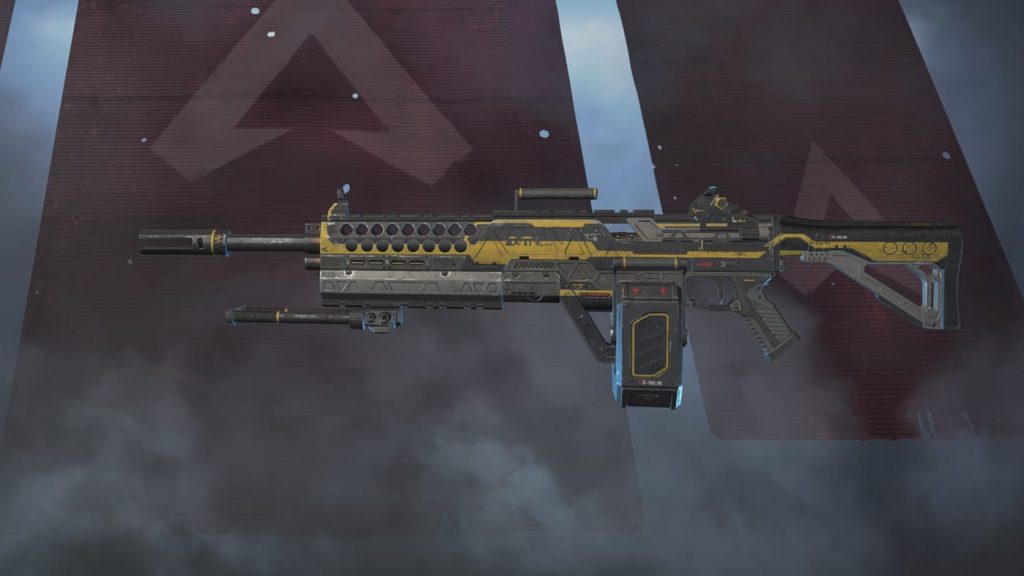 The Devotion is in a bit of an odd spot in Apex Legends. As far as damage output goes, the Devotion is up there, dealing 34 damage on a headshot, but the problem is with its spool-up time. After pulling the trigger, the Devotion will start ticking through the rounds as it fires faster and faster, only reaching max rate of fire near the lower part of a magazine. Without the hop-up, you’ll find yourself having to reload just as its getting up to speed. It’s still a good choice, but there are better ones out there.

There’s not much to be said about the three pistols currently on offer in Apex Legends. Aside from the Wingman, there’s really no point in picking one up, unless you’re face-to-face with an opponent and they’re looking to pick it up. 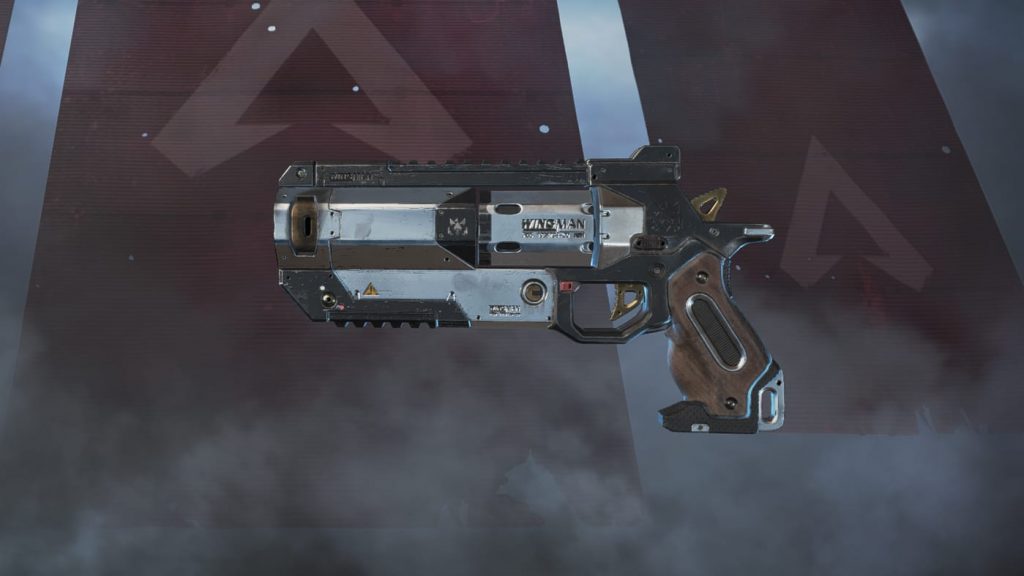 Just because the Wingman is so far down on the list doesn’t mean it’s bad, in fact, it’s one of the best weapons in the game. The Wingman offers some really attractive stats, including enough damage to knock an enemy down with a few headshots. Throw on a skullpiercer hop-up and it turns into a mini cannon, capable of breaking another player’s shield in a heartbeat. 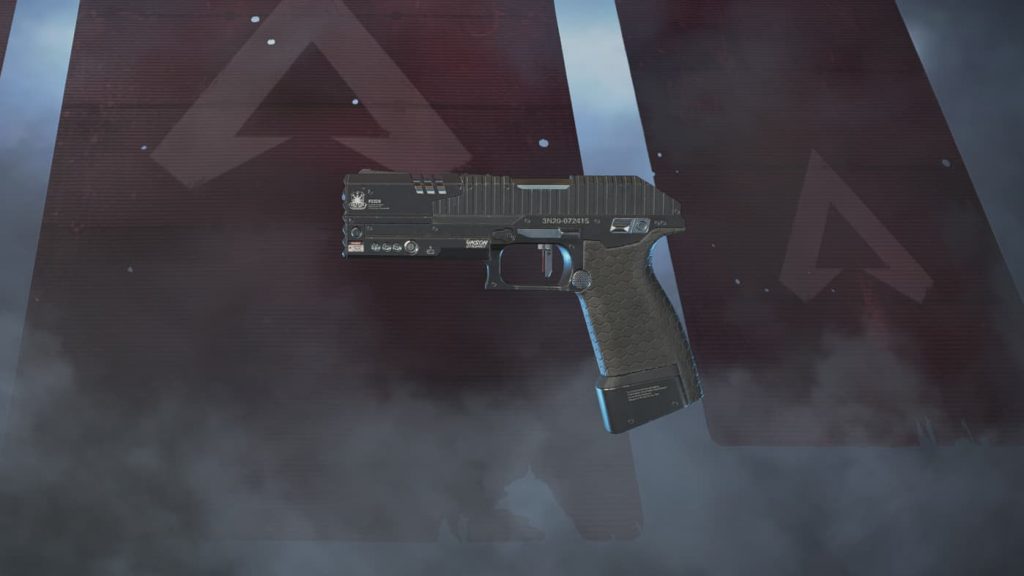 There’s not much to be said about the P2020. Chances are you won’t be able to knock another player with a single magazine, so leave it on the ground unless absolutely necessary. 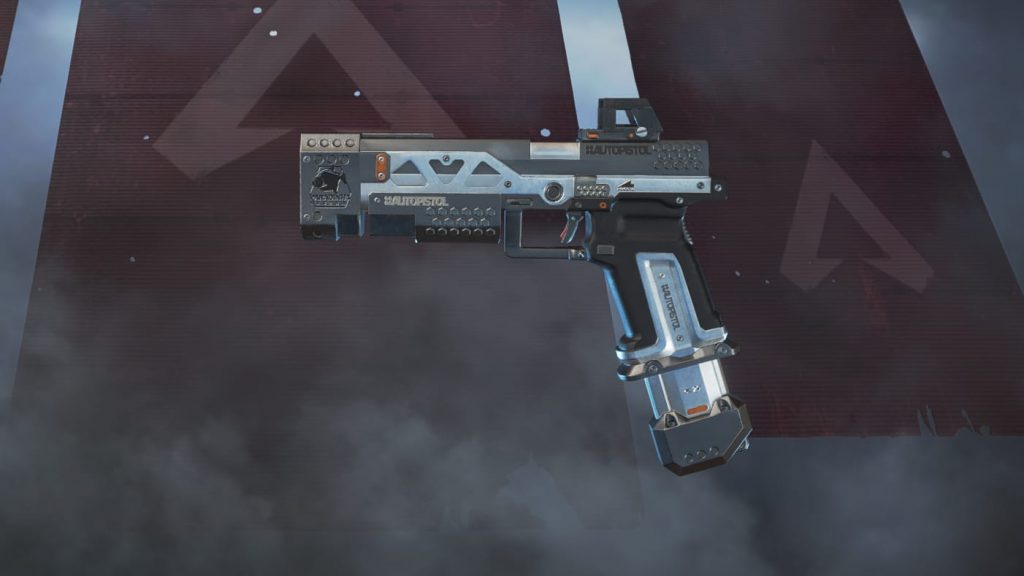 The RE-45 is a full-auto pistol. That’s about all you need to know. With a kick stronger than a mule, and a 15-round magazine, you’re going to run out of ammo very quickly and you’ll be standing there reloading while someone rushes you with a Peacekeeper.

How to Perform a Self-Revive in Apex Legends

Respawn Has Discontinued Sales of the Original Titanfall Game