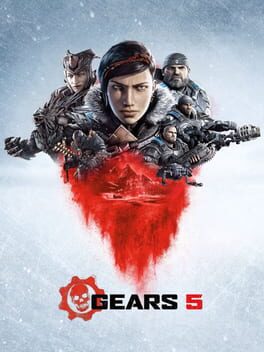 From one of gaming’s most acclaimed sagas, Gears is bigger than ever, with five thrilling modes and the deepest campaign yet.

Three-player Campaign Co-op: Battle alongside your friends in three-player online or split-screen co-op.

Tours of Duty: Rank up from new recruit to four-star general in Gears Tours of Duty. Take on new and exciting challenges, earn awesome rewards, and show off your loot.

Boot Camp: New to Gears or just a little rusty? Bootcamp is a fun way to learn the ropes, from the basics to advanced combat techniques.

Play as Jack: Play as Jack, your personal flying support bot that can protect allies and damage enemies – perfect for players new to Gears.

Visual Showcase: Play every mode in 4K and HDR at a smooth 60 frames per second on Xbox One X.